Movie Stars, They’re Just Like You!: Brad Pitt Says He Once ‘Bonged’ Himself ‘Into Oblivion’ 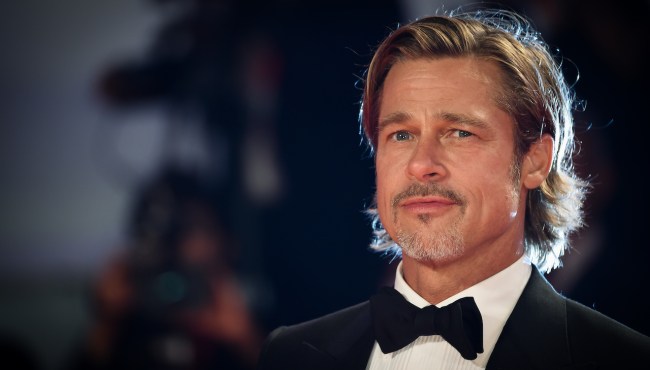 Brad Pitt is in the midst of a moment.

Now, to be clear, that’s not to say he’s gone anywhere — Brad Pitt has been that dude our entire lives — but following a movie-stealing turn in Once Upon A Time In Hollywood and further rave reviews for his performance in As Astra,  all of the entertainment industry talking heads seem to be remembering that, oh yeah, the dude can also act with the best of em’.

And because no career moment would be complete without a feature in a prestigious publication, the 55-year-old actor sat down for a wide-ranging interview with The New York Times “about his future onscreen, masculinity and getting sober.”

But we’re not going to talk about the depths of Pitt’s psyche revealed in the profile piece — which, actually, isn’t blocked by The New York Times usual paywall, making it certainly worth the read  — we’re going to be talking about one specific quote.

When discussing his meteoric rise to fame in the 1990s, Pitt used arguably the funniest euphemism for smoking weed that I’ve ever heard in my entire life — I literally audibly chuckled upon reading it:

“In the ’90s, all that attention really threw me,” Pitt said. “It was really uncomfortable for me, the cacophony of expectations and judgments. I really became a bit of a hermit and just bonged myself into oblivion.”

As a guy who has also been known to bong himself into oblivion now and again, I can certainly relate to what Pitt’s talking about, I just don’t have the poetically articulate skills that Brad does and have never been able to describe the act of smoking yourself cross-eyed so hilariously.

Therefore, I hereby decree that we will all refer to getting uncomfortably high as “bonging yourself into oblivion”, because — similar to Stone Cold — Brad Pitt said so.