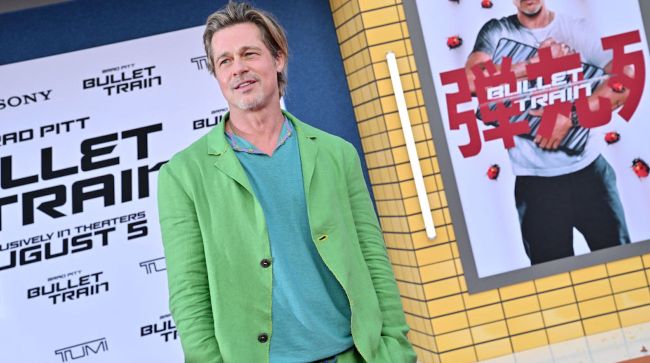 Now that he’s almost 60 years old, Brad Pitt has newfound wisdom when it comes to how he plans on spending his life, at least according to Bullet Train co-star Aaron Taylor-Johnson.

While speaking at the recent Locarno Film Festival in Switzerland, Taylor-Johnson — who plays the assassin Tangerine alongside Pitt’s deadly Ladybug — said that Pitt is in a “new chapter” of his life where he wants to bring “light and joy” into the world.

Pitt does that, Taylor-Johnson says, by keeping a “good list” and a “s**t list” of actors that he will and will not work with again.

“He is in a new chapter of his life, I think,” Taylor-Johnson said at the Locarno Film Festival in Switzerland.

“He just wants to bring light and joy into the world and be around people who are there to have a good time. You work with many actors and after a while you start making notes: ‘I am definitely not working with this person ever again.’ Brad has this list too: the ‘good’ list and the ‘s**t’ list.” [via Variety]

Later this year, Pitt will be starring alongside Margot Robbie in the Damian Chazelle-directed likely award-season-contending film Babylon, which will hit theaters on Christmas. The 58-year-old Oscar-winning actor is also signed on for an F1 film at Apple helmed by Top Gun: Maverick filmmaker Joseph Kosinski and a Jon Watts-directed thriller alongside George Clooney.