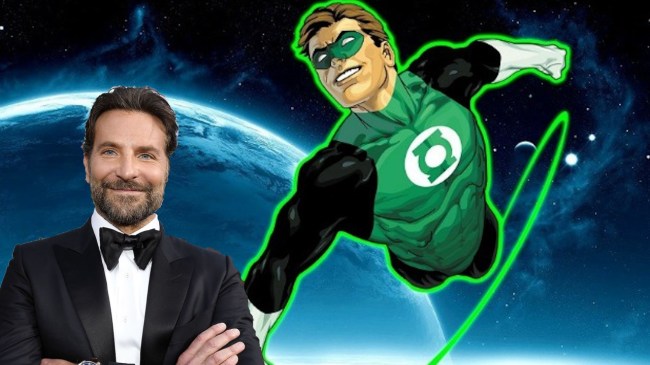 As Warner Bros. and DC Comics continue to find their way in today’s comic book movie landscape, the two companies will continue to expand their roster of talent and the characters they portray. And at the top of that list certainly should be the Green Lantern Corps.

One of the most iconic aspects of the DC Comics universe, Warner Bros. took a stab at Green Lantern back in 2011 with Ryan Reynolds and we all know how that turned out.

But now, after a run of decent films — Wonder Woman, Aquaman, Shazam!, Joker, etc — Warner Bros. has their swagger back and they’re looking to use the capital they’ve built up with that hot streak to lure one of Hollywood’s biggest stars into their orbit, because according to recent rumors, the studio is eyeing none other than Bradley Cooper for the role of Hal Jordan.

We Got This Covered has been informed that Tom Cruise is likely to pass on the role, if he hasn’t already, which means WB has now set their sights elsewhere and apparently, Bradley Cooper is their top choice to play Hal Jordan in the DCEU. We’re hearing that the studio is extremely keen to get the A Star is Born actor onboard but it’s unclear if they’ve actually reached out to him yet or not.

This intel comes to us from the same sources who told us about the upcoming Arrow spinoff back in March, that Black Mask would be gay in Birds of Prey and that Black Adam will show up in Shazam! 3, all of which were later confirmed.

Given Cooper’s status as one of Hollywood’s elite A-list actors, it’s really only a matter of time until either DC or Marvel can convince the Academy Award-nominated actor and director to squeeze into some superhero tights.