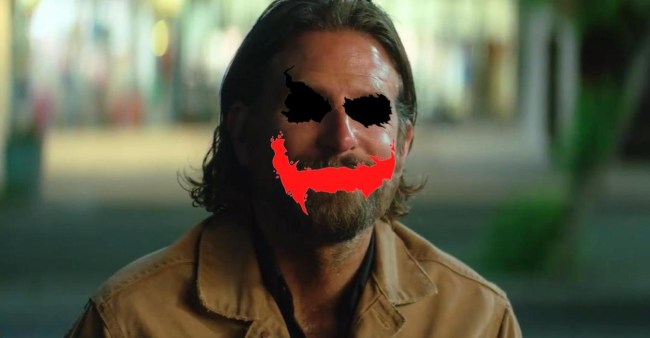 This dude, man. I remember after seeing A Star Is Born, my first emotion was anger. How can this one fucking guy be so talented? Sure, the likes of Leonardo DiCaprio, Brad Pitt, etc, etc. are all on an equal plane in terms of looks and acting chops, but this guy Cooper is running around writing, directing, acting, singing, and playing the fucking guitar in this one. Not only is he a movie star but he could also dick around and be a rockstar if he wanted to. Sure, Jared Leto pulls it off, but fuck Jared Leto, am I right? Leto couldn’t make chicken broth with Bradley Cooper’s piss.

Anyway, Joker. All of that is just a long way of me expressing more frustration at the fact that, of course, Cooper was apparently a “huge help” in making Joker the massive success that it’s become (the highest-grossing R-rated film of all-time, Best Picture nominee, Joaquin Phoenix probably reeling in an Oscar for his performance, yada yada).

Speaking to Collider, Jeff Groth — the editor of Joker — revealed that the Academy Award-nominated actor played a bigger role in the film than people realize:

“We kept this one pretty close to us. We screened it more personally for people and filmmakers. Bradley Cooper definitely came in a couple of times. He was a producer on the movie, but he definitely watched the movie many times and sat with us. We could call him if we got stuck with something and be like, ‘Hey, can you come over and take a look at things?’”

“He doesn’t miss a thing (laughs). He would watch stuff and he would pick out even some of the smallest things and what are some of the things that he can be picked out for us to address. He was definitely a huge help. I think he got a lot more experience in editing than most people would realize.” [via Collider]

There you have it — Bradley Cooper: actor, writer, director, singer, guitar player, and editor/producer. Thanks for saving some for the rest of us.