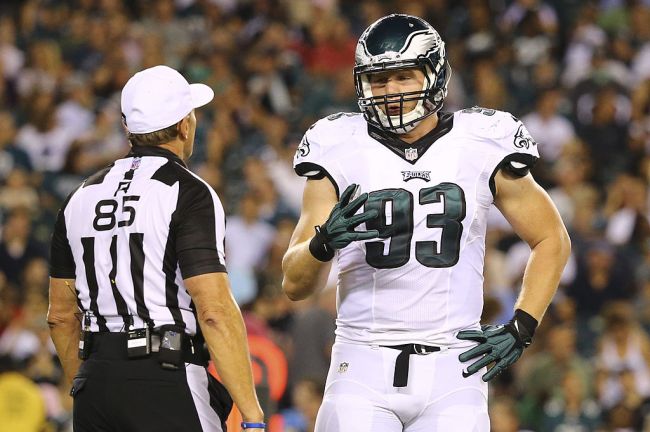 Brandon Bair is basically superman. The Idaho native played the role of hero on Thursday when he rescued a driver from a burning truck. Bair was driving on a highway in St. Anthony, Idaho when he witnessed a terrifying moment as a semitruck was crushed by a train and burst into flames.

Bair, 36, played four years in the NFL and spent time with the Chiefs, Eagles and Raiders. His defensive lineman build and athleticism were crucial in his incredible rescue.

After calling 911, he heard a cry for help and sprung into action. Train conductors told him not to approach the cab because of the flames, but Bair climbed into the wreckage and pulled the driver to safety. 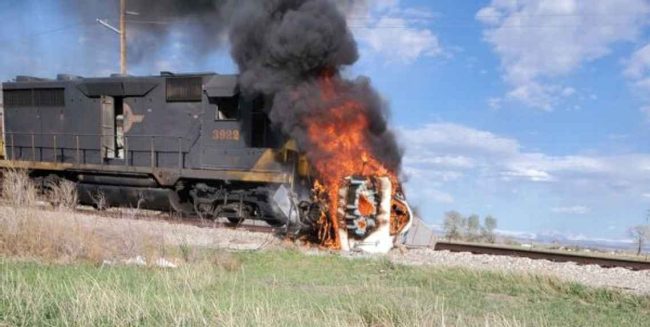 The man, Steve Jenson, was pinned inside the cab and unable to escape as the fire continued to close in around him. With only one way to get him out and the 6-foot-6, 260-pound Bair pulled 25-year-old Jenson through a small rear window between the passenger and driver’s seat.

“It was a conscious decision that I’m going in because he needs help right now,” Bair said to the East Idaho News. “I ran up to the window and saw dripping hot flames all over inside of the truck. I could see a guy in a seatbelt and was able to reach in and get it off of him. He was talking, and I told him we had to get out of here now.”

The rescue lasted less than three minutes and could not have come a moment too soon. Seconds after the two reached a safe distance, the roof fell down inside and the entire cab went up in flames. Not long thereafter, different parts of the semitruck started to explode.

Bair stayed with Jenson until emergency personnel were able to arrive on the scene. Jenson was airlifted to Eastern Idaho Regional Medical Center and was in stable condition on Friday morning. After getting in his truck and heading home, Bair called his wife and reflected on the experience.

“All I can say is this guy was supposed to live. I’m a man of faith, and I’ve learned to listen to your gut and the promptings you get,” Bair said. “The Lord wanted him alive. Things could have gone different a million different directions, but things worked out on his behalf. That’s my conclusion. Whether it was me or someone else, he was supposed to live.”

Bair said that he does not consider himself a hero and that anyone else would have done the same thing. However, he is hero, and his rescue was remarkable.