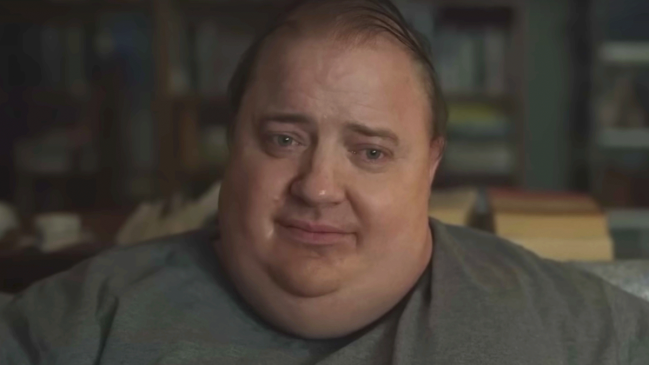 Brendan Fraser carved out a pretty solid career for himself in Hollywood at the turn of the millennium and arguably earned a spot on the A-list after landing the leading role in The Mummy, the perfectly campy action movie that has aged like fine wine.

However, the actor basically dropped off the map following the release of Journey to the Center of the Earth in 2008, and everyone who found themselves wondering “Whatever happened to Brendan Fraser?” in the decade that followed got their answer when GQ published a stunning profile where he revealed he largely retreated from the public eye following an incident where the president of the Hollywood Foreign Press Association (the organization behind the Golden Globes) allegedly sexually assaulted him during an event.

That article arguably marked the start of the second chapter of his career, as Fraser began to ease back into the industry before landing what is poised to be a life-altering role in The Whale, the Darren Aronofsky film where the actor has drawn rave reviews for his portrayal of the morbidly obese character he inhabits.

Fraser was moved to tears after the movie received a six-minute standing ovation at the Venice Film Festival, and he was similarly emotional when he accepted an award for his performance at the Toronto International Film Festival.

The Whale won’t officially arrive in theaters until December 9th, but if the buzz surrounding it is any indication, it seems likely Fraser will garner more than a few nominations once award season rolls around. However, he’s already made it very clear there’s one honor he has absolutely no interest in receiving.

During a recent conversation with Entertainment Weekly, Fraser all but told the HFPA to not even bother nominating him for a Golden Globe, saying:

It’s because of the history that I have with them. And my mother didn’t raise a hypocrite. You can call me a lot of things, but not that.”