Fighter and the Kid

The popular Fighter and The Kid podcast took a devastating turn this week after host and former UFC fighter Brendan Schaub opened up about being first to the scene of an intentional and fatal wrong way car wreck this past Thursday.

According to KTLA, 31-year-old Cesar Iban Torres has been charged with four counts each of attempted murder and child abuse after driving his 2003 Lincoln Navigator SUV into oncoming traffic on the 101 Freeway in Encino and slamming head-on into a big rig.

The wreck killed Torres’ girlfriend, 26-year-old Aimee Garcia, and injured their four young children, who are between the ages of 1 and 7 years old, although none seriously.

Schaub, who claims he’s hardly been able to sleep since, fought back tears when describing retrieving the children from the car after spotting the oldest standing on top of the Navigator desperately waving for help.

The victim’s brother, Juan Zavala, told KTLA in an interview over the weekend that the young mother had previously been a victim of domestic violence.

“Unfortunately, my sister sacrificed herself for her kids. It just hurts that the kids are going to grow up without a mother,” Zavala said. 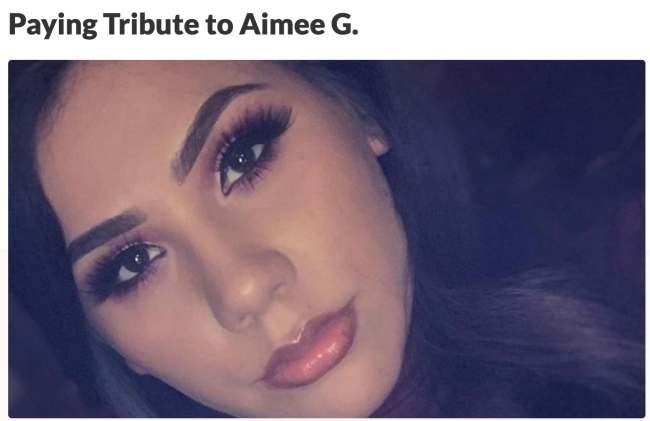 Here is the description, organized by Aimee’s aunt Angie Fuentes.

On Thursday August 12, 2021 my niece Aimee García (26) was Killed In Wrong-Way Driving Collision With Big Rig On 101 Freeway In Encino. She leaves behind four beautiful children all under the age of 8. She was a loving, caring mother unfortunately she was a victim of domestic violence for many years and yesterday the aggressor fulfilled his objective and enter the freeway the wrong way intentionally killing my niece. Thank God the children are fine but very traumatized. We are asking for help for burial expenses anything you can help us with will be greatly appreciated. R.I.P My dear Aimee you will be missed terribly.

I can’t thank the fans of TFATK enough. You guys went above and beyond to help a family in need. I ♥️ TFATK fans. Unreal. pic.twitter.com/Bc9mC8BGwb

Torres remains behind bars and is being held on $1 million bail.