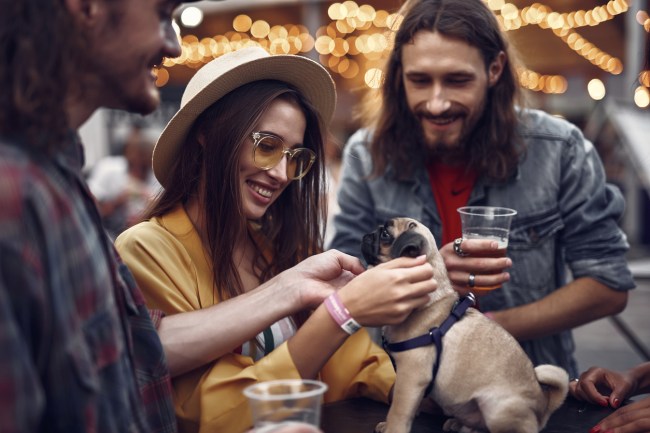 It’s hard to appreciate just how much the craft beer landscape has changed over the past decade unless you remember a time when Sam Adams, Sierra Nevada, and Dogfish Head were your best options if you were in the mood to broaden your horizons beyond the macro lagers that once had a stranglehold on the market.

Over the last 10 years, around 5,500 new breweries opened for business across the United States as Americans developed a thirst for barrel-aged stouts and hazy IPAs, and while there are plenty of analysts who think it’s only a matter of time until the craft beer bubble bursts, I’d be surprised if people stop trying to get in on the action at any point in the near future.

While some liquor stores used to have a single shelf devoted to microbrews, many of them now have an entire aisle filled with an overwhelming amount of options and it can be difficult for beer makers to attract the attention of drinkers who are weighing their seemingly endless options.

One of the best ways to do this is to earn a reputation for making some damn good beer but it’s impossible to understate the importance of some solid marketing, and while I was taught not to judge a book by its cover, I’ll admit to giving more than a few new beers a chance because of some sexy packaging.

A number of breweries have done an impressive job setting themselves apart with their labeling; Clown Shoes has some fantastic art on every bottle, Narragansett achieved some serious old-school cool with the throwback cans featured in Jaws, and Flying Dog managed to recruit Ralph Fucking Steadman to do some drawings for them.

Last month, Motorworks Brewing in Bradenton, Florida announced it would be introducing some special labels after teaming up with a local shelter and slapping the faces of some dogs in need of a home on cans of its Cruiser Kolsch.

In addition to raising money for the shelter, Motorworks was also able to help a few dogs find some new owners—or, in the case of one of them, its old owner.

According to ABC News, Monica Mathis came across a picture of the cans and noticed an uncanny similarity between one of the featured rescues and her dog Hazel, who disappeared after slipping her leash at her home in Iowa three years ago.

Mathis—who eventually moved to Minnesota—immediately reached out to the shelter to prove she was Hazel’s rightful owner, and now, they’re slated to reunite after volunteers agreed to drive the dog up north.

I love stories that make me feel all tingly inside.