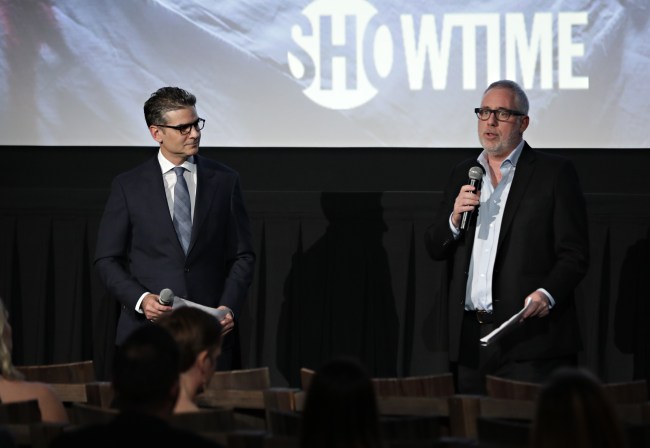 He penned a piece back in April for SI Now about Tiger Woods’ return to The Masters in Augusta that was phenomenal and I highly suggest giving that a read in the near future. He’s also one of my favorite Twitter follows because he often does AMAs when traveling across the country. But I’m not hear to stan for Brian, his body of work speaks for itself and doesn’t need my lowly voice to champion it.

He’s the writer/creator of Showtime’s Billions, he wrote Rounders, Knockaround Guys, Ocean’s Thirteen, and he’s directed a 30 for 30. I should’ve stopped at Billions and Rounders because the former is my current favorite show on TV and the latter is the greatest movie that’s ever been made about the game of Poker.

I spent most of my Labor Day weekend on a 1,500-mile road trip during which I listened to hours and hours of Marc Maron’s WTF Podcast and it was pretty obvious that there’s a unifying theme throughout: it takes a long ass time for people in the creative industry to really make it.

Episode after episode, I listened to comedians, actors, writers, and directors talk about how they got their first break only to find out that they didn’t know jack shit about the business and it wasn’t until decades later when they finally hit their stride. I’m not saying that Brian Koppelman fits that bill but from the story he shared recently on Twitter it seems like that might be the case.

He’d reached a point where he thought his career might be over. Instead of relying on those around him, Brian reached within and relied on himself. He’s a writer and thus he wrote. He didn’t need the studio to tell him what his next project would be. And thus, Billions was born.

2)Fifteen months before, I really thought my career might be over. Or radically smaller. Because in October of 2013 a (bad) movie we wrote bombed and we were fired from an HBO show we were hired to run.

3)Our agents at the time told us we were basically un-hirable. Or that the demand for our services had shrunk. I remember walking New York City in a lost daze.

4)It was a dark time. I’ve told this before. But I don’t think I’ve told about the conversations amy and I had about selling our apartment and downsizing. Because, although we’d saved money, I believed the agents that there might never be another opportunity.

5) And then, somehow, David and I remembered we were writers. That no agent or executive could stop us from the work itself. So, along w Andrew, we wrote the pilot to Billions, on spec, without a deal.

6) I’ve detailed that experience before but just know this: doing it felt like rebirth. And a regaining of power and self determination.

7) Right now, I’m on my way to set for the first day of shooting season four.

8) Never let them tell you you’re dead. You’re not. You’re alive. And you have way more control than you think. Go do the thing. Love.

I truly hope that every one of you people reading this are watching Billions on Showtime because the writing is on a whole different level.

It’s the only TV show I’ve come across that has, at multiple times throughout the series, left me completely flabbergasted by the level of writing. Billions is playing Chess while the rest of TV is playing Checkers and you’d be doing yourself a disservice if you aren’t out there watching the show yet.

Brian’s story certainly seemed to resonate with other writers on Twitter:

Talent is king. Tied for first with hustle. Congrats on never giving up. Took me 13 years to finally finish/publish my first novel. This speaks to me deeply these days, as all good things seem to be (finally) on the horizon.

GREAT STORY! Needed to see this b/c we ALL ask ourselves this: when is it time to really MOVE ON? RETHINK the DREAM? The answer is…NEVER Keep plugging away! (I wish I would take my own advice).

A great thread for writers about how when you’re down, you aren’t necessarily out, even when you feel that way, even when an industry wants you to believe it.

Also PS, Billions is sublime storytelling, go get it. https://t.co/CpOuf0HTzz

If you’re not a writer don’t let this message be lost on you. The idea here is to always bet on yourself. If you’ve got the moxie to make it then go for it.