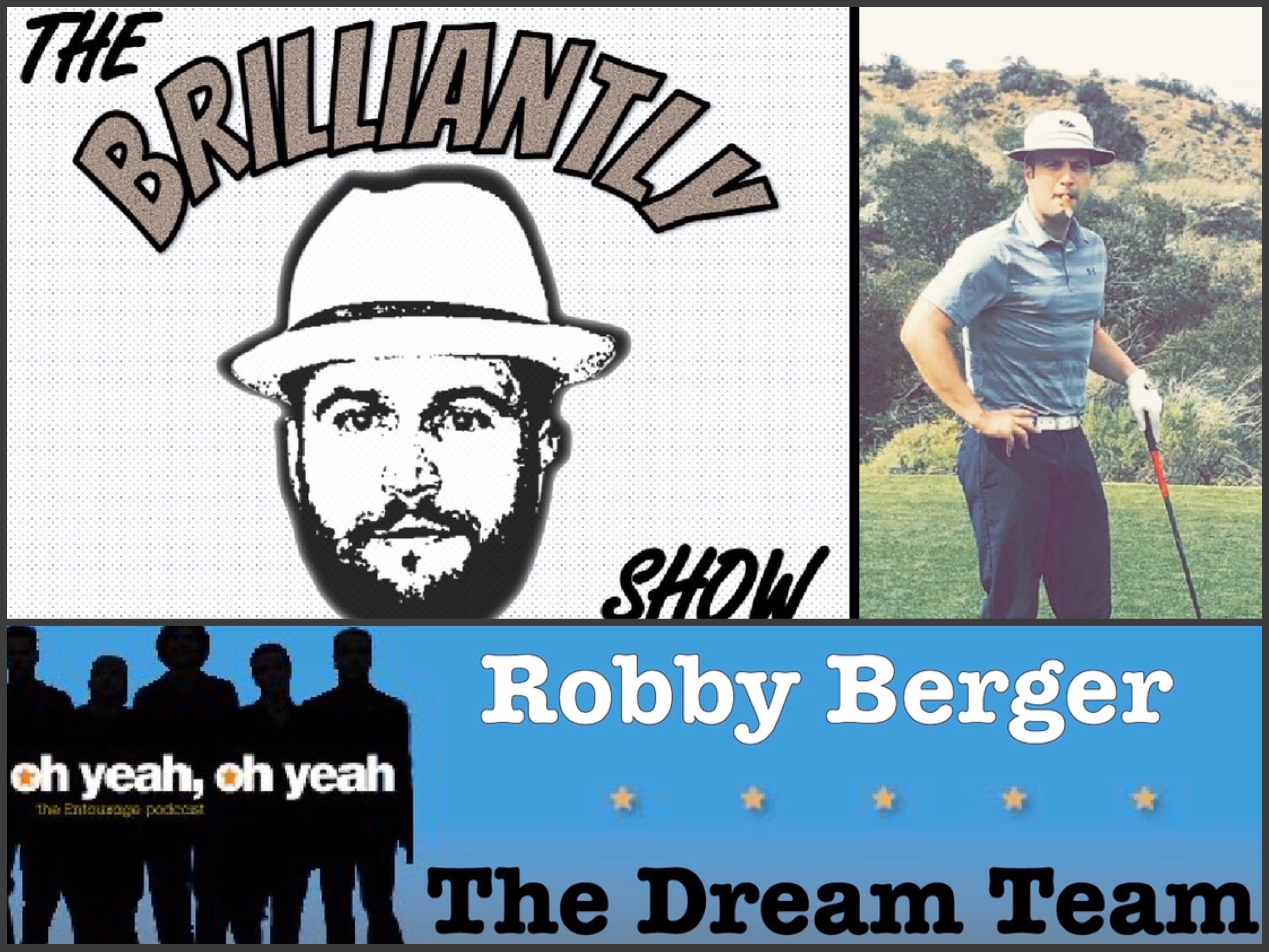 This week on Oh Yeah, Oh Yeah: The Entourage Podcast  I had the newest member of the BroBible team Robby Berger on to break down one of the best episodes of Season 4, ‘The Dream Team.’ Robby is the host of the hilarious Brilliantly Dumb podcast and we’re super pumped to have him onboard.

We discussed everything from the boys heading to Barney’s for some light shopping, to Snoop Dogg appearing seemingly out of thin air to congratulate Vince and E on how good the ‘Medellin’ trailer is.

Ironically enough, Robby just quit his concierge job at the Beverly Wilshire hotel in Los Angeles a few days before we sat down to record. Of all the 96 episodes of Entourage (yes, I’ve counted) I invited him on, this was the one that takes place primarily at the Beverly Wilshire. There goes Entourage, bringing it full circle again.

The secondary plot of this episode is Drama obtaining his medical marijuana card to procure a trucker hat, which in both our opinions should have been the A plot. However, what’s with the super stressful smoking card game he and the cast of ‘5 Towns’ play in their trailer?

Of course Drama bugged out, that seems like a nightmare scenario for anybody who’s just trying to get a little loosey goosey.

Last, we both came to E’s defense at the hands of Billy Walsh, who by this episode has overstayed his welcome. As Robby puts it so eloquently, we’re big E guys.

Hit the subscribe button below to catch up on every episode we’ve broken down, and stay tuned for big things to come this back half of Season 4. Enjoy!