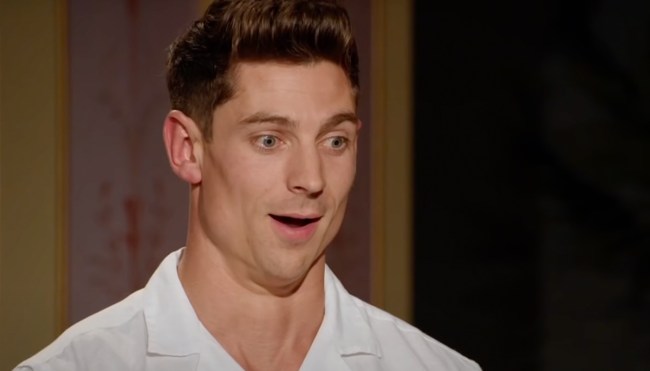 It’s not exactly a secret that Netflix has experienced a pretty severe dropoff in its batting average when it comes to the critical success of its original programming, and while the plethora of dating shows that now litter the platform has played a significant role in that decline, I’d be lying if I said I wasn’t very here for most of them.

Sure, the series that features people sporting elaborate prosthetics while searching for a prospective partner may be the closest you can come to experiencing an acid trip gone wrong without actually taking any LSD, but as an unironic fan of Next, Room Raiders, and other trashy MTV dating shows of yesteryear, I’ve enjoyed the likes of Too Hot To Handle and Love Is Blind a bit more than I care to admit.

As a result, I’m pretty intrigued by a new British dating show called Love Trap that recently made its grand debut on Channel 4. The concept features the latest twist in the tried-and-true formula of “stick an attractive eligible bachelor in a mansion filled with women,” as the Resident Hot Dude is tasked with determining which of the contestants pretending to be on the market are actually already in a relationship and simply on the hunt for a cash prize.

However, the biggest twist came at the end of the first episode after our man David (who previously appeared on Too Hot To Handle) narrowed down his list of potential “traps” to three suspects. After spending a few minutes interrogating Elise, J’Harie, and Chloe, he ultimately pointed the finger at the woman in the middle of the trio, who was promptly eliminated from Love Trap via—what else?—a trapdoor.

you must see the end of the ep of this new dating show where the guy picks which woman is already in a relationship pic.twitter.com/TVBFVGTRAz

While David and the remaining two contestants knew what was going to happen, they still weren’t adequately prepared for a moment that also produced some amazing reactions online.

I had to do it and I will not apologize pic.twitter.com/qpzAC9Y1fE

adds this to "list of 30 rock game shows that have seeped into our reality" https://t.co/l4LpPKPMhp

I had to do it and I will not apologize pic.twitter.com/qpzAC9Y1fE

If you're searching for proof that God is real and he loves us and wants us to laugh and be happy, this and the monkey saga popped at the same time. https://t.co/VDJJp2wS6v

I know plenty of people think the Prestige Television Era ended with the ending of Game of Thrones, but it might be time to rethink that conclusion.