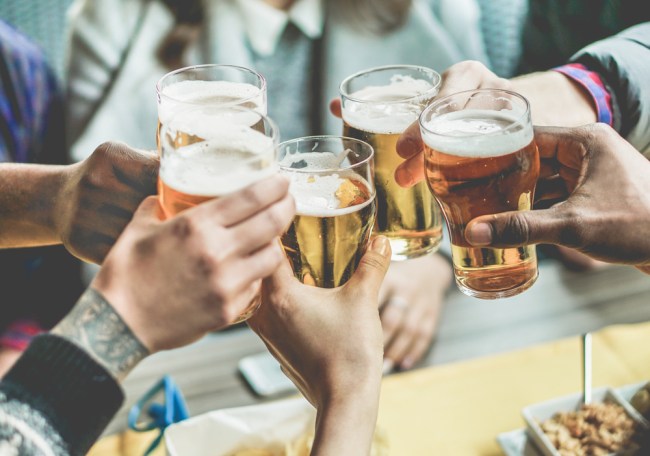 The first rule of free birthday drinks is you DO NOT ask for them. If someone hears it’s your birthday and they choose to buy you a beer or a shot, so be it. You don’t advertise ‘Hey Y’all, it’s my birthday and all you f**kers out there need to come buy me drinks’. When you start asking for things to be given to you for free, that’s when things go downhill quickly.

This bro named Nick from the UK was celebrating his birthday at the pub and tossing back a few lagers with his fellow chaps when things went sideways in a hurry. Nick’s friend Rory Meep put out a call on social media for people to send free drinks for Nick’s birthday, which was a poor judgment call on Rory’s part. What happened next was hilarious, and here’s how it all went down:

What cheeky fucker has sent him a non alcoholic becks pic.twitter.com/CGtTefZlIF

True, hope Nick enjoys his milk, happy birthday from us all here pic.twitter.com/Dkrb7LkgC7

This is not what we had in mind you sadistic wankers pic.twitter.com/4GGXiKpXJm

Someone’s been nice, and we thank you pic.twitter.com/Lfh5vIX4pL

Right this has gone off the rails now Who is doing this what do we do with this pic.twitter.com/FiU5CsWPbd

Was an honour serving you lads, glad you enjoyed the milk 😂

Oh dear I got this too tweet too late – if you've left the pub then table 67 is getting a random gift of a pint, shot and some nachos!!! 🙈🙊

Pro-tip: if someone ever explicitly asks you to buy them a drink you tell the bartender you’ll have a shot of ‘the cheapest, warmest tequila in the house’. I’ve been fortunate enough to pull this move off a handful of times over the years and it’s always gratifying to see the horror on the person’s face when they’re forced to rip shots of warm tequila poured out of a plastic bottle.