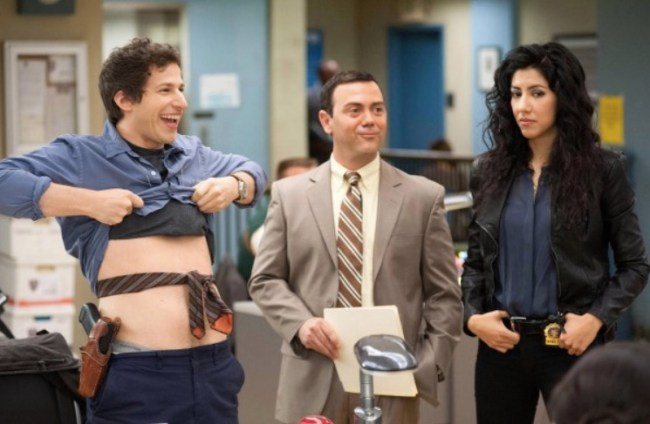 Brooklyn Nine-Nine was canceled by Fox on Thursday and fans of the cop comedy were definitely broken up about their favorite TV show getting dropped. The fans pleaded for the comedy to be renewed by another outlet such as Hulu and soon enough the beloved TV show was picked up by NBC. Despite relatively low ratings including the last episode having a very disappointing rating of 0.7 among adults 18-49, NBC decided to take a chance on the comedy with a devout following on social media.

NBC Universal picked up Brooklyn Nine-Nine for the show’s sixth season that will have 13 episodes. “Ever since we sold this show to Fox, I’ve regretted letting it get away, and it’s high time it came back to its rightful home,” NBC Entertainment Chairman Robert Greenblatt said in a statement. “Mike Schur, Dan Goor and Andy Samberg grew up on NBC, and we’re all thrilled that one of the smartest, funniest, and best cast comedies in a long time will take its place in our comedy line-up. I speak for everyone at NBC, here’s to the Nine-Nine!”

We got your SIX! #Brooklyn99 is officially coming to NBC! pic.twitter.com/NNQw2OZquH

Thank you to everyone for the crazy outpouring of support. It means the world to us. It wouldn’t have happened without you.

This happened because the fans of the show went berzerk. We can't thank you — or @NBC — enough. #Brooklyn99

#Brooklyn99 IS COMING BACK FOR SEASON 6 YOU GUYS ON NBC!!!!! You did this!! You got loud and you were heard and you saved our show!! Thank you!! Thank you to NBC!! NINE NINE!!!!! pic.twitter.com/cTycfF4FoR

@HamillHimself I want to personally THANK YOU Mark for using the power of the force to save Brooklyn Nine Nine! *Wipes dirt off shoulder*

The show will end on Fox on May 20th where Jake (Samberg) will marry Amy (Fumero). You probably won’t get new Nine-Nine until 2019.