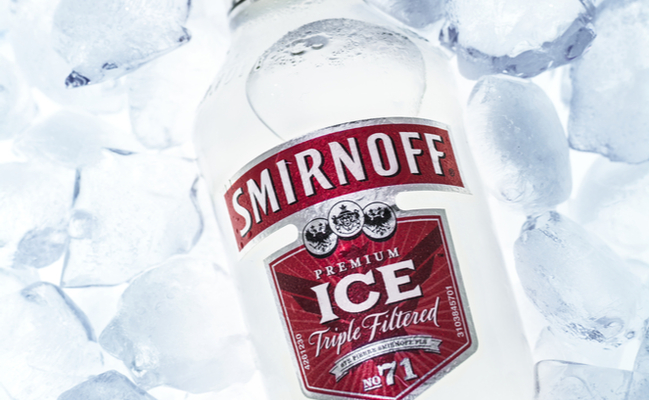 A few summers ago a bored genius frat bro invented icing. Using only a hidden Smirnoff Ice he was able to humiliate his friends while at the same time giving them diabetes. Icing was the best way to show your bros that you care about them enough to think of amazing ways to humiliate them. Icing showed that you took the time to think about how much you secretly hate your friends, and plan the perfect time to humiliate them in front of their peers and hot chicks at the party. Icing was the pinnacle of socially acceptable douchebaggery. Icing was one of the greatest running gags that died out; planking is also gone and no one does the Dougie anymore, it’s time that the ice age comes back.

Icing could make you the single handed hero at any college party. There was nothing better than watching the douche bag that was picking fights and getting too aggressive with women get on his knees and chug fermented diabetes. Instead of getting in a brawl with him and his friends that ruins everyone’s time at the party, icing that dude over and over again until he puked whitish grey carbonated water and everyone laughed at him was the best. Knowing that tomorrow he might be at risk of losing his foot and his head would feel worse than his social skills was even better. It removed the problem at the party while still making everyone feel like their having a great time.

The perfectly timed icing could ruin your friend’s night. Everyone gets way too drunk on occasion; it’s never a good look. So taking a friend who’s already super drunk and icing him was always hilarious. There is nothing more entertaining than watching someone who can barely walk try to get on their knees and chug. He’s going to fall over, he’s going to scrape his hands and tomorrow the front of his shirt is going to be stickier than a sorority girls stomach the first week she gets a boyfriend. If you’re lucky he’s going to puke everywhere and be drunk enough that he tells you he loves you, make sure you get it on camera and black mail him for a 30 pack.

Icing was the best running gag that Frats ever invented. It came in waves; the first few icings were always funny and got a good “OOOOOOHHH” out of everyone watching. A simple act of watching a friend do something miserable could make the afternoon more enjoyable. The problem was after the 15th to 20th icing got a bit boring, it was repetitious and even those watching didn’t enjoy it anymore. But, those who were really devoted got to see the wave come back. Somewhere after the 20th icing of the night a new wave hits the onlookers and the people doing it, it’s no longer a gag, it was a test of endurance. Double icing turned into chugging competitions and there becomes a serious love for getting iced.

It only took $2 and 16 oz of liquid to make or break a night. Icing could make you a bigger hero than Young Hercules or ruin a friend’s night like a break up text. Icing showed devotion to making your friends want revenge on you, and sometimes turned into a bonding moment like throwing a baseball at a neighbor with your Dad. Al Gore is wrong, it’s time we say fuck global warming and bring back the Ice Age.

Bread Foster was never in a frat but was a local legend at KEK in Newark. He once made a girl cry while he was on his way to the bathroom. Follow him on twitter @BreadFoster