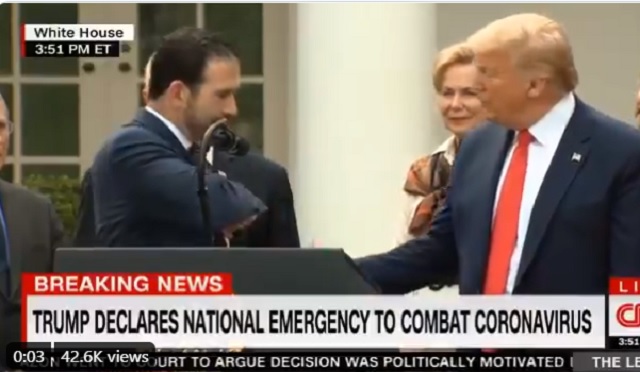 President Trump held an emergency press conference at the Rose Garden on Friday afternoon with several CEOs of large retail and health care companies to declare the coronavirus a national emergency.

During the press conference, Trump was seen shaking hands with several of the CEOs present which made several on Twitter uncomfortable.

The president and @Target CEO shook hands in Rose Garden. Habits are hard to break. pic.twitter.com/BbYCZiG6Ye

One of the CEO’s, Bruce Greenstein of the LHC group, made sure to be extra careful and instead decided to give Trump an elbow bump instead of a handshake.

Bruce Greenstein of the LHC group skips the handshake with Trump and goes for the elbow bump instead pic.twitter.com/yTbCsQ9AuN