Bruce Willis Will Be The Subject Of The Next Comedy Central Roast, Emceed By Joseph Gordon-Levitt 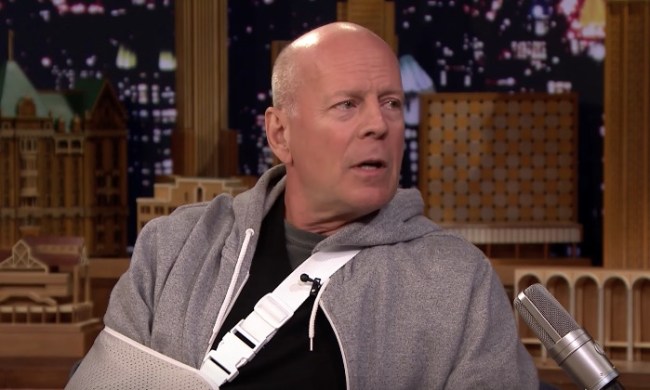 Bruce Willis will join names like Donald Trump, Pamela Anderson, Charlie Sheen, and Justin Bieber as the 63-year-old actor and producer has been slated as the next Comedy Central Roast victim.

Joseph Gordon-Levitt, who starred alongside Willis in 2012’s Looper and 2014’s Sin City: A Dame to Kill For, has been set to emcee the event, which will premiere July 29 on Comedy Central.

“I’ve looked up to Bruce my whole life. I was genuinely honored to work alongside him and, in essence, PLAY him when we made ‘Looper’ together,” said Gordon-Levitt. “He has treated me with absolutely nothing but warmth and kindness. And so I look forward to mercilessly making fun of him on TV.”

I’ve looked up to Bruce my whole life. I was so honored to work w/ him and, in essence, PLAY him in Looper. He's treated me w/ nothing but warmth and kindness… and so I look forward to mercilessly roasting the shit out of him on TV. #BruceWillisRoast @ComedyCentral pic.twitter.com/4rL9FQzeXJ

“This ain’t the first time I’ll be tied to a chair and held hostage by a group of humorless a–holes for a couple hours,” Willis said in a statement this spring.

The roast of Willis be recorded July 14 at the Hollywood Palladium. The panel of roasters will be divulged at a later date.

The roastees have some autonomy over what is on/off limits, so it will be interesting to see what Willis is insecure about rehashing. Donald Trump famously prohibited any talk of his past bankruptcies and any attempt to downplay how wealthy he is.

In any event, check out the promo for the Bruce Willis roast.