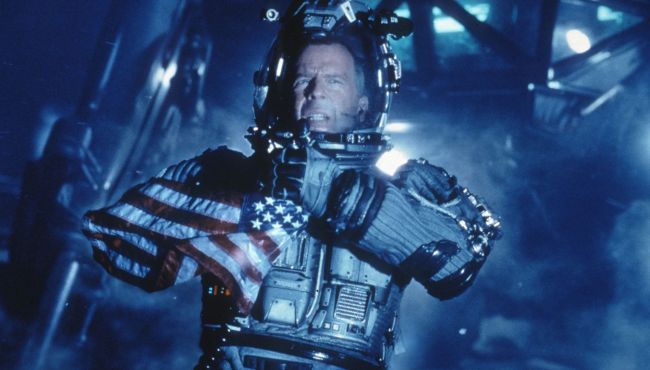 I’m an Armageddon truther. What do I mean by that? What I mean is this: Armageddon is one of the best movies ever made. Ever. And I genuinely believe that.

Think about all Armageddon has to offer: it’s got action, it’s got comedy, it’s got romance, and it’s got SPACE. I’m a sucker for a good space movie and Armageddon is that and then some. Don’t even get me started on the cast. Bruce Willis? Check. Young Slick Benny Affleck? Check. Owen Wilson, Steve Buscemi, Billy Bob Thorton? Yup. ELITE character actors Will Patton and William Fichtner? It’s got them too. If you’re looking for good old-fashioned cinematic entertainment, Armageddon is perhaps the perfect movie in that regard.

Unfortunately, though, I’m largely alone in my reverence for Armageddon, as it’s since become one of those movies that’s become just as much of a meme as it is an actual film. People *love* to crack jokes about Armageddon, which is why it’s largely the first thing that came to people’s minds following the report that NASA is launching a spacecraft into an asteroid in an attempt to redirect its path.

The mission will utilize what NASA calls the kinetic impactor technique. DART’s target is a binary asteroid system called Didymos, which is made up of a 780-meter asteroid and a smaller “moonlet” dubbed Dimorphos that measures 160 meters across.

While the asteroid poses absolutely no threat to humanity, the goal of the mission is to test whether intentionally crashing an object into an asteroid is in fact an effective way of changing its course. [via The Hill]

Good luck to Bruce Willis on this important mission https://t.co/6UmgSbfQiN

Look what you did Bruce Willis. pic.twitter.com/ztAR8WjZFA

So you're saying Bruce Willis died for nothing? https://t.co/yzbk9Dp91S

In an interview, NASA Administrator Bill Nelson said the agency invited Bruce Willis to the launch of the asteroid redirect mission because of his role in "Armageddon." Nelson said he's not going but "we didn't want to miss that connection."

Aren't we just suppose to send Bruce Willis up to sort it out ? https://t.co/P9XHlH30mU

Everybody knows Bruce Willis told NASA he couldn’t make the launch because he is Moonlighting. pic.twitter.com/pWM1ZheGfN

Will Bruce Willis be back in time for Christmas? I haven’t seen Die Hard this year yet. https://t.co/MiXpEWgBSa

Unfortunately, if you find yourself in the mood to watch this cinematic masterpiece directed by the one and only Michael Bay, it’s not currently streaming anywhere, so you’ll have to rent it.

RELATED: The ’12 Monkeys’ Director Was Concerned Bruce Willis’ Mouth Looked Too Much Like A B-Hole