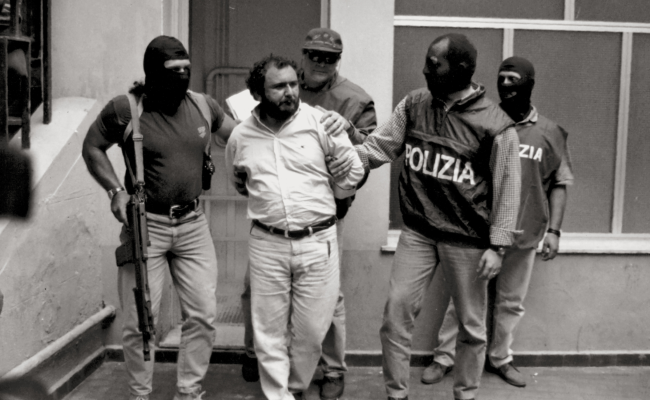 Giovanni Brusca, a Sicilian mob boss nicknamed “People Slayer” for the many murders he committed, has been released after serving only 25 years in prison and many, including several victims’ families, are not happy about it.

Brusca, 64, who confessed to playing a role in over 100 brutal murders, and admitted detonating a bomb that killed judge Giovanni Falcone, is now a free man after becoming an informant for the state.

Brusca was arrested in 1996, four years after his attack on Falcone, Italy’s top anti-Mafia prosecutor, which also killed Falcone’s wife and three bodyguards.

During his time working for the infamous mafia group Cosa Nostra, Brusca also was involved in the murder of Giuseppe Di Matteo, the 11-year-old son of a rival mobster. Brusca ordered the boy to be kidnapped, tortured, strangled, and then having his remains dissolved so his family could not properly bury him.

“He has collaborated with justice only to get the benefits, it was not a personal, intimate choice,” Rosaria Costa, the widow of a policeman who died in the Falcone bombing, told newspaper Corriere della Sera.

CNN reports that Brusca “supplied investigators with information on several deadly Cosa Nostra attacks carried out in the 1980s and 1990s and testified in a trial over alleged negotiations between Italian officials and mobsters to stop the bombings.”

“Regardless of what one may think of the atrocities he committed at the time, there was a collaboration… Let us not forget that he gave information on bombings both in Sicily and in mainland Italy,” chief anti-mafia prosecutor Federico Cafiero De Raho told Reuters. “Clearly, the judges believed this was the appropriate jail term.”

Tina Montinaro, the wife of one of the bodyguards that was killed in the Falcone explosion, told the Repubblica newspaper, “The state is against us – after 29 years we still don’t know the truth about the massacre and Giovanni Brusca, the man who destroyed my family, is free.”

Several politicians voiced their anger over Brusca’s release from prison.

“It is a punch in the stomach that leaves you breathless,” said Enrico Letta, the leader of the Democratic party.

“After 25 years in prison, the mafia boss Giovanni Brusca is a free man. This is not the ‘justice’ that Italians deserve,” said Matteo Salvini, leader of the League party.

Salvini added, “A person who committed these acts, who dissolved a child in acid, who killed Falcone, is in my opinion a wild beast and cannot get out of prison.”

Falcone’s sister, Maria, however, was more fatalistic in her response, saying she was “saddened” by the news, but “it’s the law, a law moreover wanted by my brother and that should be respected.”

Brusca will now be on parole for the next four years.