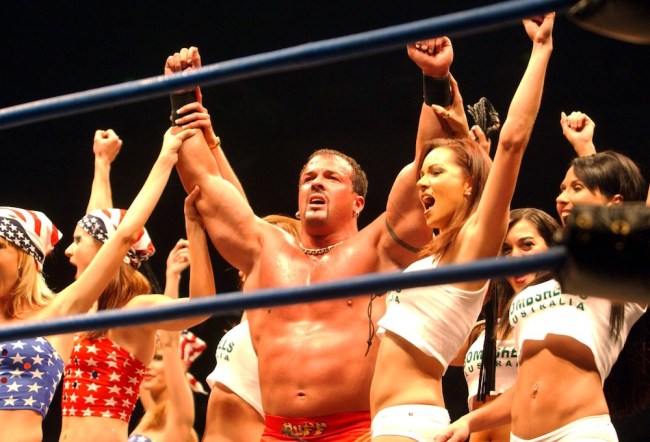 Marcus Bagwell, formerly known to the wrestling world as “Buff” Bagwell, is recovering from a serious auto accident.

The 50-year-old Bagwell was transported to Wellstar Kennestone Hospital with serious injuries and investigators believe the former wrestler was impaired by prescription meds during the collision.

Bagwell is a former five-time WCW World Tag Team Champion. He had a brief run in the WWE when the company bought WCW in 2001.

His post-wrestling career has been “interesting” to say the least. Bagwell was rumored to be working with Vivid video, worked briefly as a gigolo, and appeared on the Showtime show Gigolos.

Cody Rhodes Talks Tattoos, Nicknames, And The Most Cringe-Worthy Wrestling Promo Ever