Bugatti, Porsche And Mercedes Get Into $4 Million Fender Bender In Most Expensive Car Accident Of The Year 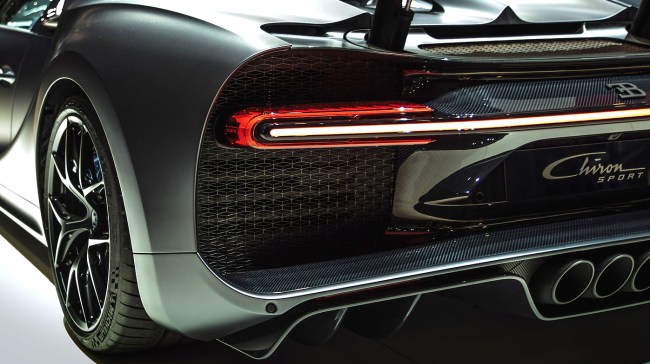 We love us some supercars here at BroBible.com. So to hear about a Bugatti Chiron colliding with a Porsche 911 that also just so happened to involve a Mercedes-Benz C-Class wagon makes us wince.

Throw in the fact that this car accident ended up causing over $4 million in damage and, yeah, we’re going to need a moment to collect ourselves.

Related: Ride Along Inside A Bugatti Chiron As It Becomes The First Hypercar To Break The 300-MPH Barrier

The extraordinarily expensive accident occured on the curvy Gotthard Pass in the Swiss Alps, according to 20min.ch, and ended up caused to 3.7 million francs (over $4 million) in damage.

Apparently, the Chiron and Porsche were following a pack of cars when the Bugatti driver decided to overtake. The Chiron was towards the back of the pack behind the Porsche, which moved out in front of the Chiron to pass at the same time. The two cars collided, which sent them into the Mercedes. The Bugatti also struck the motorhome.

The damage to the Chiron appeared to be relatively minor (but not minor for a $3 million car), while the Porsche suffered extensive damage. The driver of the Mercedes was the only one injured in the accident and was taken to the hospital