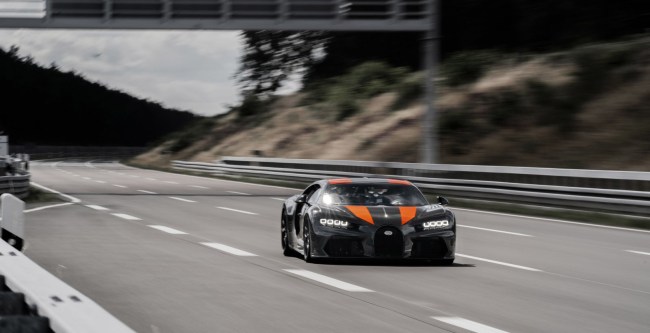 Over the past several years, a handful of automobile manufacturers have claimed to have created a production hypercar capable of reaching the magical, never-before-attained 300-mph speed threshold.

Devel Motors announced that their jet fighter-inspired quad-turbo Devel Sixteen hypercar will pack 5,007 horsepower into its 12.3 liter V-16 engine and will supposedly go 320 miles per hour. They haven’t actually done it.

Koenigsegg, whose Agera RS set the top speed record a while back, claimed their Jesko hypercar could break the barrier of becoming the world’s first 300-mph supercar. We’re still waiting for that to happen.

The list of companies that have been taking aim at the mystical 300-mph hypercar barrier also includes the likes of Hennessey, McLaren, Mercedes-AMG, Ferrari, Porsche, Aston Martin, W Motors, SCG, Pininfarina and Zenvo.

One of them, however, Bugatti, just did it with their Chiron becoming the world’s first production car to top 300-mph.

On the test track at Ehra-Lessien in Germany, a near production prototype derivative of Chiron driven by Le Mans winner and Bugatti test driver Andy Wallace hit 304.773 mph (490.484 km/h) – a new world record.

“An incredible speed. It’s inconceivable that a car would be capable of this. But the Chiron was well prepared and I felt very safe – even in these high speed ranges,” said Andy Wallace.

This is the second time Wallace has set a speed record on that track. In 1998, he reached a then-record speed of 243-mph in a McLaren F1.

“Our goal was to be the first manufacturer ever to reach the magic 300-mile-per-hour mark. We have now achieved this – making ourselves, the entire team and myself, incredibly proud,” said Stephan Winkelmann, President of Bugatti.

And they are incredibly done… at least with world record attempts, Winkleman added.

Watch, and ride along on, the entire record-breaking run below… 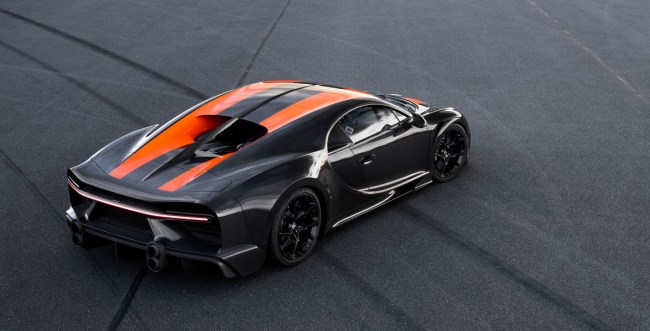 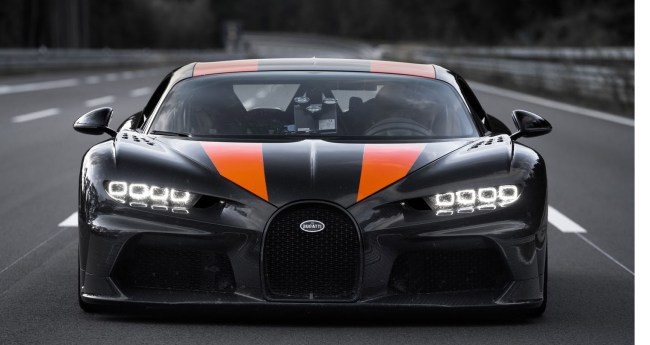