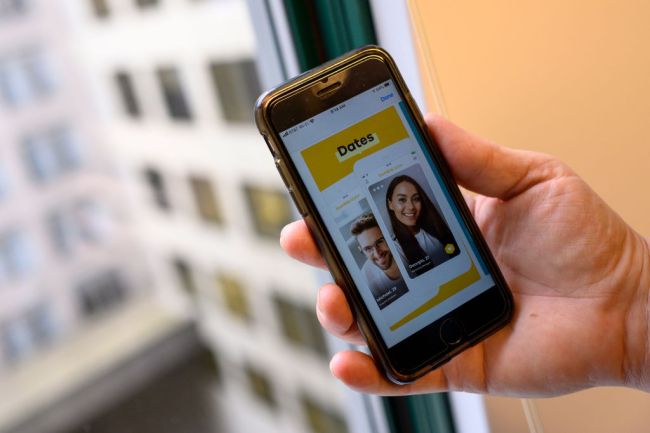 A woman has taken up a fight against Bumble for removing several of her photos that the dating app has deemed to be too revealing. The insane part is that the woman could wear the same “revealing” outfit outside and the dating app would allow the photos.

Cali Rockowitz, a 31-year-old artist based in Los Angeles, innocently posted a seemingly benign photo of herself posing in front of a canvas while wearing sweatpants and a black bra on Bumble. However, the photo was quickly removed by the dating app. Rockowitz thought it was a glitch that deleted her innocuous photo. It was not an error.

“I thought it was a mistake, so I tried it a bunch more times. I emailed them and I asked what was going on,” she told BuzzFeed. “They sent me a generic email saying I couldn’t post photos in my underwear. I couldn’t believe it, that after looking at this image they thought this was offensive to users.”

Bumble has a policy of strictly prohibiting “photos in bikinis/swimwear indoors” and “pictures in underwear.”

A representative from the dating app said, “On Bumble, you are totally allowed to have a bikini or shirtless photo, but we ask that these photos are taken outside. If you’re indoors, it looks too much like underwear.”

“Swimsuit photos are acceptable if you’re outside by the pool or on the beach as you’re in a natural setting to be wearing a swimsuit,” Bumble stated.

Rockowitz responded by saying, “It’s just absurd to me. I was like, ‘Am I going crazy?'”

RELATED: ‘Outraged’ Viewers Force This Weatherwoman To Cover Up Her ‘Risque’ Outfit

Rockowitz uploaded a different photo, which she considered to be “less revealing.” In this image, her hair is covering most of her bra. The photo was flagged and removed by Bumble, which describes itself as “100 percent feminist.”

“I couldn’t fathom why [the photos] wouldn’t be allowed on a dating profile,” Rockowitz said. “Their stance is to empower women. [Bumble] is made for dating and intimacy. It just makes me never want to use the app again.”

“If they’re going to enact the policy, they should assess it on a case-by-case basis,” she said. “They can’t just blanket this algorithm.”