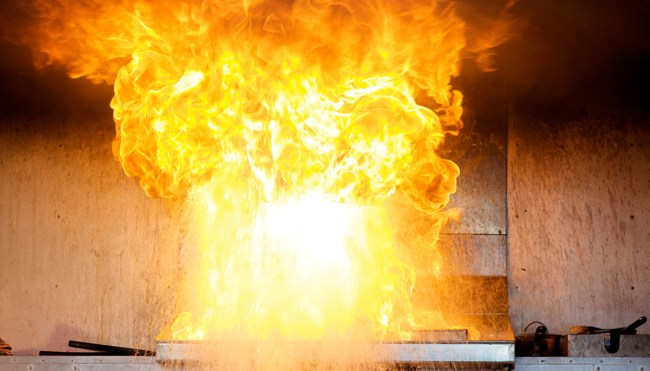 A lot of colleges and universities have rules banning students from using hot plates and microwaves in their dorms because of the risks associated with the behavioral tendencies of dumb undergrads who largely subsist on a diet of ramen noodles and cheap alcohol.

With that said, upperclassmen usually get the chance to reside in areas where they have access to a stove, which can obviously spawn its fair share of issues. Now, you’d think the famously strict code of conduct students at Brigham Young University are forced to abide by would limit the number of incidents on a campus where alcohol is firmly prohibited, but that didn’t prevent one person from landing in hot water thanks to one of the wildest stories I’ve come across in recent memory.

According to KUTV, firefighters responded to an alarm that went off in a building in Heritage Halls on Sunday afternoon and were greeted by a floor flooded with water thanks to the sprinklers that had gone off to combat a blaze originating in a kitchen in one of the dorm rooms.

The fire that remained was quickly extinguished, and after looking into the origins of the incident, BYU police determined it was sparked by an unidentified 22-year-old student who’d made the bright decision to whip up a batch of homemade rocket fuel on his stove before the experiment literally blew up in his face.

Thankfully, no one was injured as a result of the ill-fated attempt to make the rocket fuel (it’s still unclear why he was trying to engineer it in the first place), but BYU officials say 22 students are now in search of a new home thanks to the water damage the building sustained as a result.