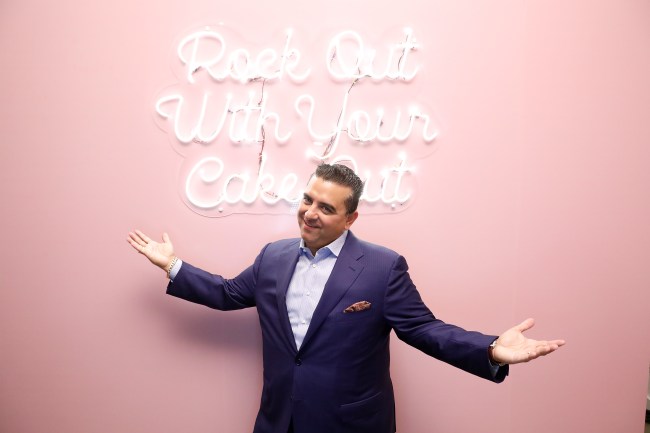 Y’all remember when Roy Munson (Woody Harrelson) lost his hand in a horrific bowling alley accident after he was convinced to swindle a priest and some high-rollers out of their cash by Ernie McCracken (Bill Murray) in Kingpin? Well, thankfully this injury didn’t lead to the loss of an appendage but it’s still pretty grim.

Fans of the Cake Boss are pulling for Buddy Valastro, star of the show and owner of Carlo’s Bakery in Hoboken. He’s recovering at his home after undergoing two surgeries to repair the damage to his hand after it was repeatedly impaled and destroyed by a metal spike at the bowling alley at the Valastro family home.

The injury was caused by a malfunction with the ‘bowling pinsetter’ that had been on the fritz in the past but was previously easy to reset. In this instance, it went haywire and it turned into a scene straight out of a Horror film in a hurry. Here’s the rundown from E! Online:

“There was a malfunction with the bowling pinsetter, a common fix in the past, but turned into a terrible accident.”

His rep said, “Buddy just got home short while ago, feeling as good as one would expect at this point and ready for recovery.”

“After trying to release the bowling pin from the cage mechanism, his right hand became lodged and compressed inside the unit,” they explained to E! News, continuing, “Unable to remove his hand, he can see a 1-1/2″ metal rod slowly and repeatedly impale his hand three times between his ring finger and middle finger.” (via E! Online)

He shared that picture of the cast on his right arm as he’s recovering from the two surgeries back home. He’s right-handed which means there will be an uphill battle for him to regain some measure of dexterity and get back to life at the bakery. And that’s all in the rehab stage. For now, he just needs to focus on healing his right hand after two major surgeries.

His rep told E! Online that Buddy will now focus on ‘prolonged recovery and therapy’.

Here’s a quick reminder of that Roy Munson scene in Kingpin just in case you’ve forgotten what I was talking about at the start of this article:

Roy has his entire career in front of him and Ernie threw him to the wolves!!!