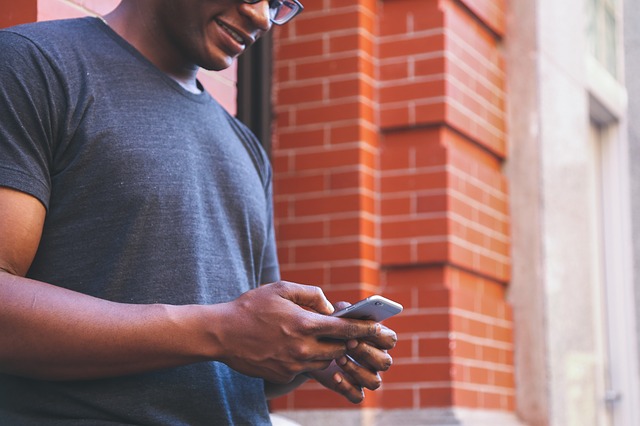 Who doesn’t like sending a fun text message to their friend? Whether it be a cheeky meme you stole from BroBible’s daily meme collection or texting your best friend to send a photo of your titanic dump you left in his second bathroom and didn’t flush from last week’s party at his house. But how readily would you text if the government was taxing your texts? California is considering a text tax and people are not happy.

California’s Public Utilities Commission is considering a proposal that would charge people for sending text messages. The insane and scary part about this potential tax is that they would retroactively charge citizens for FIVE years. That’s right, they want to charge you taxes on text messages that you sent from the last five years despite you not knowing about these taxes years after you freely sent them.

The Californian government markets the tax as a method to fund programs to make mobile phone service available for low-income residents. However, the actual motivation why they might want to tax your texts isn’t necessarily to help the poor. The real reason might be that the government isn’t making as much money as they used to.

The Public Purpose Programs (PPP) have been taxing residents since the 1930s for their agenda and have raked in a ton of money from public utilities. The budget of the California Public Utilities Commission (CPUC) skyrocketed from $670 million in 2011 to $998 million in 2017, according to the Mercury News. However, the CPUC has taken in much less money because people are ditching their landline phones for wireless services. Revenue from utilities allegedly fell about a third, from $16.5 billion in 2011 to $11.3 billion in 2017.

However, taxing text messages could infuse the CPUC with a fresh new revenue stream. Estimates from local business groups such as Bay Area Council, California Chamber of Commerce, and Silicon Valley Leadership Group estimate that the CPUC could raise $44.5 million per year. With the retroactive and current taxing of text messages, it is estimated that it would cost California consumers more than $220 million.

The wireless industry was able to evade being taxed for all of these years because they offer “information services” like email and web browsing, making them exempt from the taxes. However, the state argues that texting is not an information service and rather a communication service.

The Cellular Telecommunications Industry Association, a trade organization that represents the U.S. wireless industry, argues that texting is an information service and the proposal goes against federal law. “Subjecting wireless carriers’ text messaging traffic to surcharges that cannot be applied to the lion’s share of messaging traffic and messaging providers is illogical, anticompetitive and harmful to consumers,” CTIA said in the legal filings.

The fees would not apply to Apple’s iMessage, WhatsApp, and Facebook Messenger according to the proposal. CTIA argues that major wireless carriers such as AT&T, Sprint and T-Mobile would be at a severe disadvantage against social media companies who are offering the same services that would not be taxed.

The actual cost of the new tax was not revealed and it could be yet ANOTHER flat surcharge at the bottom of your cell phone bill. State regulators will vote on the proposal on January 10, 2019. In the meantime, you might want to reconsider participating in group texts if you live in California.