VIDEO: Teacher Caught Berating Students On Zoom, Attacks Parents Who Question Her: ‘Come At Me’ 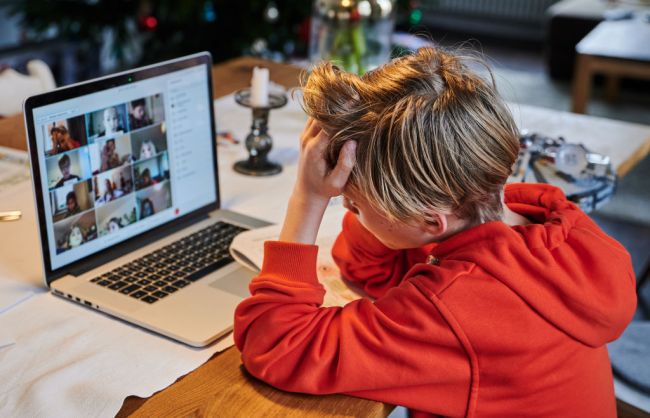 A high school teacher was caught on video berating her students and attacking their parents for suggesting that in-person learning should return.

Alissa Piro, who teaches English at San Marcos High School in California, finds herself in hot water after saying that she is “so sick to my stomach” of parents who believe that students should go back to school. The tense rant happened during a virtual Zoom learning session where she was supposed to be teaching grammar, but she went off on a student.

“If your parent wants to talk to me about their profession and their opinion on their profession, I would love to hear that,” Pirro told her pupils during the online class, according to Fox News.

“However, if your parent wants to come talk to me about how I’m not doing a good enough job in distance learning based on what you need as an individual? Just dare them to come at me,” the teacher said of parents who want in-person learning to resume. “Because I am so sick to my stomach of parents trying to tell educators how to do their job.”

The video was reportedly filmed by a family member of a student and posted online.

The school recently launched an Asian student union, and a student Jace Jonas questioned, “Why do some races get student unions but others do not? We should have a student union for all races or no races for true equality.”

That proposal enraged Piro, and she blew up on the student, “You don’t need a white student union, Jace! You get everything!”

“She started berating me about how as a white male I get everything, and it’s my duty to look out for minorities and all these racist remarks against whites and males,” Jonas claimed. “She later called me a moron.”

At least four parents saw the outburst and contacted the school about the teacher’s unprofessional behavior, including Jonas’ father who contacted assistant principal Kelley Brown about Piro’s “unhinged” rant. The father told Fox News, “I don’t know what school she got her degree at, but maybe she can get her money back.”

The school’s principal Adam Dawson, Piro, Jace, and his father met for a “restorative meeting,” where Piro allegedly apologized.

The father said that Jace’s grades dropped from an “A” to a “B” in the weeks following the incident, which Piro claimed to be a “computer error.”

A former student of Piro told Fox News, “She’s a good teacher when she’s teaching, but these rants aren’t new.”

Principal Dawson stated Piro’s behavior was “inexcusable” and pledged to address it.

Newly released video of a @SanMarcosUSD HS teacher going off on students and their parents over distance learning and other issues. Originally posted to FB. Apparently this is a common occurrence. pic.twitter.com/pjEN80kLNh