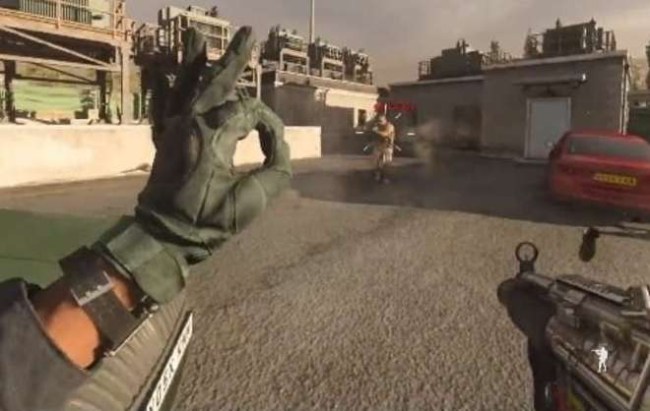 Fans of “Call of Duty” might notice something missing in their favorite game – the OK hand symbol used to celebrate the end of a mission.

Video game developer Infinity Ward quietly removed the OK gesture from the game. The reason for the hand gestures removal isn’t clear – and Infinity Ward hasn’t commented – but the Independent is reporting the reason is the connection to racist right-wing extremists.

“There is no place for racist content in our game. This is an effort we began with launch and we need to do a better job. We’re issuing thousands of daily bans of racist and hate-oriented names. But we know we have to do more.”

The gesture was replaced with an emote called “crush.”

The use of the hand gesture as a hate symbol dates back to 2017 when it gained traction on social media site 4chan.

The “OK” hand gesture originated as one of these hoaxes in February 2017 when an anonymous 4channer announced “Operation O-KKK,” telling other members that “we must flood Twitter and other social media websites…claiming that the OK hand sign is a symbol of white supremacy.”

The user even provided a helpful graphic showing how the letters WP (for “white power”) could be traced within an “OK” gesture. The originator and others also suggested useful hashtags to help spread the hoax, such as #PowerHandPrivilege and #NotOkay.

“Leftists have dug so deep down into their lunacy,” wrote the poster, “We must force [them] to dig more, until the rest of society ain’t going anywhere near that s***.”

After the hoax’s originator posted to 4chan, users created fake emails and Twitter accounts “to bombarded civil rights organizations, journalists, and others with messages furthering the ‘OK’ hoax.”

Last year, the Anti-Defamation League added 36 symbols to its “Hate on Display” and included the OK symbol.

I’m not a “Call of Duty” authority but I’m guessing the gesture dates back to the original game back in 2003, long before the hoax and hand gesture being added to hate display lists, but I understand Infinity Ward removing the gesture from the game. It’s better to eliminate an issue before it becomes an issue.

My only problem with this move is that removing the OK gesture from the game is essentially labeling it a racist symbol from the beginning.

Infinity Ward excluding the hand gesture from future titles makes sense. Going back and removing the gesture from past titles seems like an overreaction.

Finally, the company also said “it would add additional resources to monitor and identify racist content, add additional reporting systems to increase the number of hourly bans, and improve restrictions on name changes,” according to The New York Post.