‘Call Of Duty: WWII’ Offers Beloved Classic Map, But It Will Cost You 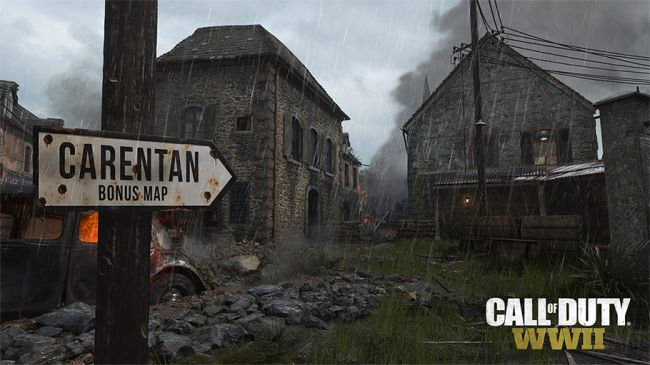 The iconic map based on a French rural town will be available at the launch of Call of Duty: WWII as a bonus map for season pass holders.”Fight through the destroyed buildings and fortified streets of this war-torn French town in an all-out battle for a strategic German stronghold,” Activision stated in a blurb. Activision did not specify if the map will be available to all players at a later date. The season pass costs $50 and comes with four DLC packs that will be released in 2018.

Call of Duty: WWII will be released for Xbox One, PS4, and PC on November 3, 2017. Until then, check out the campaign trailer for CoD: WWII HERE.