The Newest ‘Call Of Duty: WWII’ Trailer Is Here In All Its Gory Glory 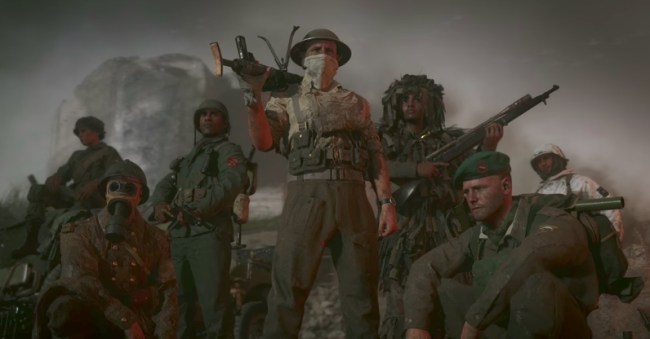 After spending a few years in the modern era (and beyond), Call of Duty decided to take a step back in history and return to its roots with the announcement of Call of Duty: WWII. It’s been about a decade since the series last visited the European theater, and anyone who fought their way across the sands of Normandy back in the day is likely looking forward to this much-awaited next-gen update.

Based on what we’ve seen so far, the newest Call of Duty would appear to be checking all of the boxes—especially if you’re a fan of killing Nazi zombies. While the game won’t be released for a few months, some lucky players will get the chance to play the game’s private beta starting within the next couple of weeks.

The beta is open to PS4 owners starting August 25th (Xbox One users will have access starting September 1st). It will contain three maps and showcase the game’s new War Mode, an objective-based approach that places a newfound emphasis on collaboration and coordination with your teammates.

It’s the perfect appetizer for the main course, which is set to be released on November 3rd.