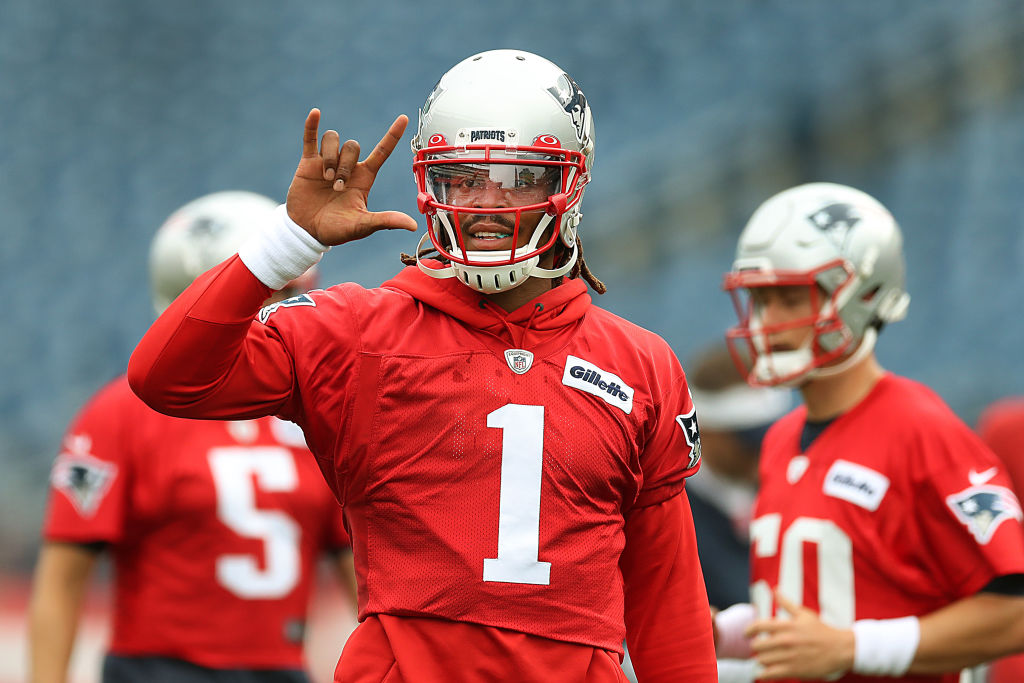 Cam Newton is currently under a 1-year contract with the New England Patriots for $5.1 million. That included a $2 million signing bonus and $3,500,000 guaranteed at the time of signing.

He was the 2019/2020 starter for the Patriots and it’s expected that Cam Newton will be the Week 1 starter this season. But the Patriots did draft Mac Jones, a two-time National Champion with Alabama and the quarterback who is believed to be the future of the Patriots’ organization.

Is Cam Newton likely to start Week 1? Yes. Is it guaranteed? Absolutely not.

Cam was asked about this by reporters on Monday and appeared to get defensive very quickly as the questions seemingly touched a nerve.

“Y’all sitting up here asking silly questions to me and I’m looking at y’all with the same thing. I don’t know what y’all want me to say,” Newton said, via Karen Guregian of the Boston Herald. “You know, you know that. You know he hasn’t said that, so for you to just ask the question, it is what it is.

“So every single day I’m coming out here with the intention to just get better. That’s the only thing I can do. I can control that. But as far as somebody else’s analogy or interpretation for what Week One is, I’m trying to focus on what tomorrow brings, and making adjustments in tonight’s meetings.”

It didn’t stop there. Cam kept going and clarified his statement. From where I’m sitting, Cam sounds incredibly defensive in that first portion but he tempers it a little bit here by giving more of a diplomatic answer that we’ve all come to expect from pro athletes.

“I don’t take [your questions] personal. I just want you guys to understand, everything y’all know, I know,” Newton said. “There’s no hidden motives or things like that. I do know those things like that, I can’t worry about. Because each and every day, I don’t necessarily care about who’s starting, I mostly care about making sure I put the best product out there for me, and I know Mac is feeling the same way, I know Brian [Hoyer] is feeling the same way and everybody else, going down each and every position.”

“As far as Week One, we’ve got so much to worry about prior to Week 1. And that’s where my focus is right now.”

The reality here is Bill Belichick has not named Cam Newton his Week 1 starter. Cam admits that Bill has not said those words yet despite that being an assumption by most people.

Is Cam Newton the Week 1 starter for the New England Patriots?

Cam Newton is asked if Belichick has told him he’s the starter for Week 1 of the regular season. “You know he hasn’t said that.”

He adds: “Everything ya’ll know, I know… We got so much to worry about prior to Week 1.” Says that’s where his focus is at right now.

The guy who told reporters they were “asking silly questions” proceeds to say that he doesn’t take any of the questions personally. I get where he’s coming from if Belichick hasn’t said anything. But the reporter didn’t know that or they wouldn’t have asked the question. It’s not as if they were trying to stir up drama in the locker room.