Can You Buy Legal Weed In Canada And Bring It Back Into The U.S.? 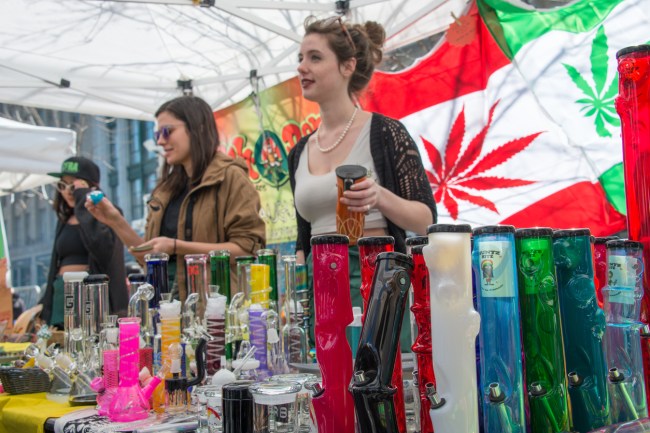 Now that Canada has legalized marijuana nationwide for recreational use, pot shops all across the northern nation are going to start selling weed to adults 19 and older beginning in October.

This is music to the ears of those college-aged stoners in the United States, where it is not only necessary to reside in one of nine post-prohibition jurisdictions to take full advantage of legal weed, but, much like the laws associated with the sale of alcohol, they must also be at least 21-years-of-age.

So it makes sense that American minors are already planning to make the journey to the Great White North to stock up on legal weed. The only problem is the U.S. government is presently ramping up drug enforcement measures along the northern border in an attempt to prevent Canadian cannabis from crossing over into the Land of the Free.

A report from Detroit’s Local 4 news shows that immigration agents are actively looking for American and Canadian citizens who might be trying to cross the border with even personal amounts of marijuana. These crackdown maneuvers are expected to increase once Canada’s legal pot market gets underway in a little over a month.

Unfortunately, regardless of how mainstream marijuana seems to be heading in the United States, pot is still very much illegal in the eyes of the federal government. Anything derived from the cannabis plant is considered a Schedule I dangerous drug on the DEA’s Controlled Substances Act — putting weed in the same classification as heroin.

This means smuggling grass across the border, no matter if it was procured legally on through a street dealer named Ricky from the Sunnyvale Trailer Park, is considered international drug trafficking. And let’s just say there are lengthy prison sentences and crippling fines waiting for the unfortunate bastards convicted of this offense.

Related: New York Could Be The Next State To Legalize Marijuana Like Beer 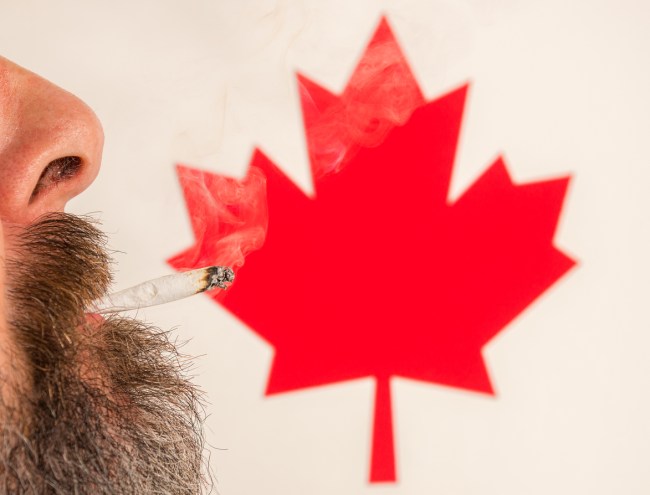 Also, getting caught in possession of marijuana on the northern border almost ensures that the federal government is going to seize the suspect’s vehicle and any cash they have on them at the time. So even if a toker traveler does manage to escape years of incarceration, rest assured he or she is not likely to emerge completely unscathed.

“U.S. Customs and Border Protection enforces the laws of the United States. Although medical and recreational marijuana may be legal in some U.S. States and Canada, the sale, possession, production and distribution of marijuana all remain illegal under U.S. federal law,” according to a statement issued by U.S. Customs and Border Protection officials. “Consequently, crossing the border or arriving at a U.S. port of entry with marijuana is prohibited and may result in seizure, fines, and apprehension.”

Canadian cannabis enthusiasts planning to visit the old crew in the states over the holidays might want to refrain from getting in touch with their inner El Chapo before making the trip.

U.S. immigration forces have the power to ban Canadian travelers from entering the United States just for admitting to the use of marijuana at some point in their past, so bringing a bag full of cannabis gifts for family and friends will surely bring down the heat.

“The punishment for a Canadian who is crossing the border with marijuana (is that they) can actually be banned from the United States for life, so it’s a very serious consequence for people who live here and rely on access to the U.S. market to see family, to see friends, to see shows, to buy groceries and just to experience the best this region has to offer, which is being able to go to another country about 10 minutes away,” said Drew Dilkens, mayor of Windsor, a town in Michigan that borders Canada.

Legal experts, like Washington immigration lawyer Len Saunders, are advising Canadian travelers to keep their pot pasts to themselves. “It’s basically black and white—if you admit to a U.S. border officer at a U.S. port of entry that you’ve smoked marijuana in the past, whether it’s in Canada or the U.S., you will be barred entry for life to the United States,” he said.