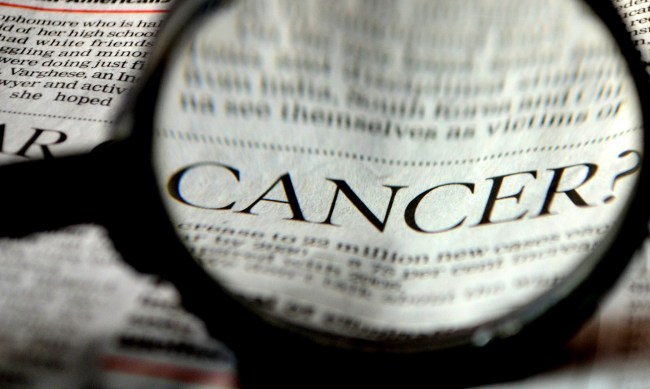 The American Cancer Society reports that around 89,500 people between the ages of 15 and 39-years-old will be diagnosed with cancer and 9,270 will die from cancer in 2020, but it’s unclear why thse numbers are continuing to rise.

According to a recent American Cancer Society report, during the most recent decade recorded (2007-2016) incidences of cancer in adolescents and young adults (AYAs) – aged 15 to 39 years – has increased overall.

More specifically, thyroid cancer rose by approximately 3% annually among those aged 20 to 39 years and 4% among those aged 15 to 19 years. While rates for numerous cancers linked to obesity also rose, including cancer of the kidney (3% annual increase across all age groups), uterine (3% increase in 20‐39 years age group), and colorectum (0.9%‐1.5% in the group aged 20‐39 years).

On the plus side, cancer rates for melanoma in the group aged 15 to 29 years declined by 4%‐6% annually, but remained stable for those aged 30 to 39 years.

The report also states that adolescents and young adults have a “higher risk of long‐term and late effects, including infertility, sexual dysfunction, cardiovascular disease, and future cancers” in part due to delays in diagnosis due to “higher uninsured rates, a lack of cost‐effective early detection methods, and the rarity of cancer at that age.”

The study also found that adolescents (those aged 15 to 39 years) are more likely to develop childhood cancers such as Hodgkin lymphoma and acute lymphocytic leukemia versus adult cancers like thyroid cancer and melanoma of the skin when compared to people 20 to 39 years-old.

The researchers also point out that “increases in thyroid cancer incidence rates have occurred across all age groups, largely reflecting increased detection because of advances in imaging.”

This new @AmericanCancer report summarizes population‐based trends in cancer incidence, mortality, and survival among adolescents and young adults (AYAs), with a focus on the heterogeneity in this population & survivorship issues. https://t.co/EcsGWVg4mk #AYACancer pic.twitter.com/PnQKP4qYfo

They also state that several cancers for which rates are increasing in AYAs are those “associated with the obesity epidemic” such as colorectal, kidney, uterine corpus, and possibly leukemia have similarly been linked to increased detection.

However, they also report that leading causes of cancer death differ substantially by age group. Leukemia and brain tumors were among the leading cancer causes of death in all sex and age groups except women aged 30 to 39 years (breast, cervical, and colorectal cancers).

In their conclusion, the researchers state…

Although there has been rapid progress in the scientific understanding of cancer in AYAs over the last decade, several research gaps in etiology, basic biology, treatment, and survivorship remain. AYAs diagnosed with cancer also continue to face numerous challenges in health care access during early life transitions, which can negatively impact the timeliness of and adherence to treatment. Although declining mortality rates for hematologic malignancies in AYAs point toward progress in effective treatment for these cancers in recent decades, this progress has lagged behind that for children for some cancers, especially in older AYAs.

Further progress in reducing cancer morbidity and mortality among AYAs could be addressed through more equitable access to health care; increasing clinical trial enrollment; expanding research on etiology, basic biology, and survivorship; and greater alertness among clinicians and patients for early symptoms and signs of cancer.

They also added,”further monitoring of population‐based trends for cancers for which mortality rates are increasing, including colorectal and uterine corpus cancers, is warranted.”

In 2020, there will be approximately 89,500 new cancer cases and 9270 cancer deaths in adolescents and young adults (AYAs). Learn more in the latest @AmericanCancer report, published in CA: https://t.co/7nGrLk5mHJ #AYACancer pic.twitter.com/q0STlifG0O