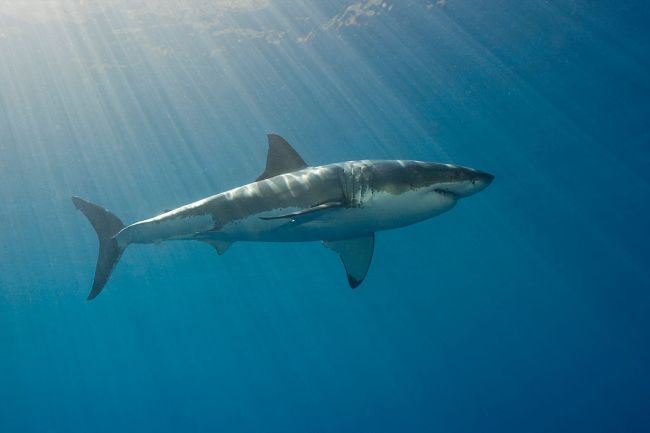 A relaxing day for Matt Pieciak and his family quickly turned thrilling when he accidentally caught a great white shark. The 25-year-old from Orleans, Mass. was having a day at Nauset Beach in Cape Cod when he decided to cast a line.

He set the rod in the sand and went over to play some corn hole. Then things started getting really interesting.

The rod started to bend and Pieciak took off toward the water. He literally told his cousin ‘hold my beer.’

“We started having some beers and I think we were playing corn hole and I saw the rod start to bend over my cousin’s shoulder,” Pieciak said to NBC 10 Boston. “That’s when I ran by him and just kind of shoved my drink in his chest and said, ‘Hey, hold this.'”

When Pieciak was able to reach his line, he realized what was on the other end. A decent-sized great white shark had swiped the bait right off of his hook.

A video from Pieciak’s cousin shows him wrestle the shark as it thrashed about at the water’s surface for a moment before the line snapped and the shark disappeared into the ocean.

Pieciak is an experienced fisherman and has tested his luck in the waters off of Cape Cod before. Never, however, has he checked his rod to find the ocean’s greatest predator.

He never thought that the line stood a chance against the shark, saying that “those things are the size of boats.”