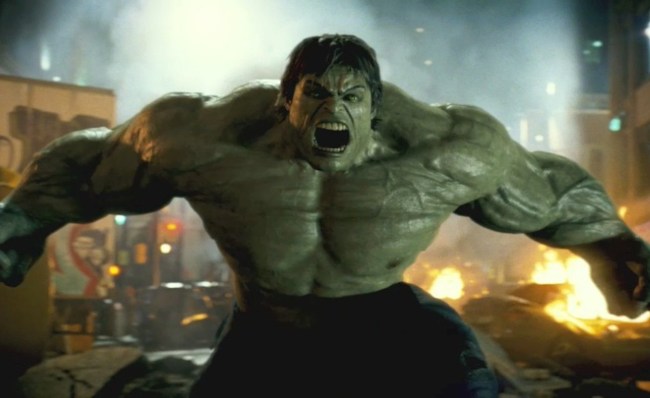 For me, the existence of The Incredible Hulk amounts to nothing more than a fever dream. “Wait, Edward Norton? As Hulk? Did that actually happen? Wait it was part of the MCU? Oh that’s rightttttt…”

Released the same year as Iron Man — in fact, it was just one month later — The Incredible Hulk is largely forgotten when it comes to the Marvel Cinematic Universe. When you go back to watch it, it doesn’t even seem like it’s part of the same franchise. Similar to Sony’s Venom, it feels like a relic of the past.

Still, given the nature of comic book fans, you would have thought that every inch and frame and the film would have been studied and dissected by now, uncovering any possible easter eggs, right?

Recently, over a decade since the film’s initial release, eagle-eyed Marvel Cinematic Universe fans have unearthed a previously hidden Easter Egg that references none other than Captain America himself.

In The Incredible Hulk (2008), the Super Soldier formula given to Emil Blonsky is labeled as having been developed by “Dr. Reinstein.” In the Marvel comics, Reinstein was a codename used by Dr. Abraham Erskine, whose serum turned Steve Rogers into Captain America. from r/MovieDetails

To be fair to Norton and his performance, it’s not as though Hulk’s standing in the Marvel Cinematic Universe, as the character still hasn’t gotten his own solo movie since The Incredible Hulk back in 2008. Since then, Mark Ruffalo’s version of Bruce Banner hass appeared in all of the Avengers movies and has co-starred in Thor:Ragnarok.