Captain America May Be Involved In Disney+’s ‘WandaVision’ 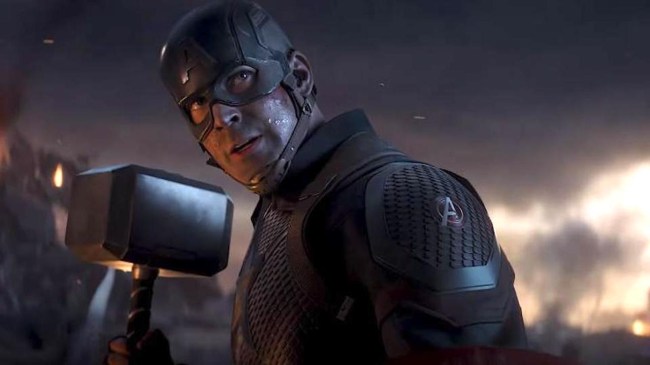 When The Falcon and The Winter Soldier hits Disney+ later this year, it will mark the beginning of a new era in the Marvel Cinematic Universe, as it will be the first Captain America-related project not to feature Steve Rodgers as Cap.

However, just because Steve Rodgers is no longer donning the shield does not mean the character ceases to exist entirely, as there have long been rumors that a new character will take over the mantle of Captain America in the series.

The Falcon and The Winter Soldier may not be the only MCU Disney+ series to feature Cap, though, as Anthony Mackie — who plays Sam Wilson/Falcon in the MCUe — says that he spotted a Captain America shield on the set of WandaVision.

The last time we saw Steve Rodgers, he was living happily ever after with Peggy Carter in the year 1948, so the possibility of WandaVision overlapping with the 1950s-living Cap is certainly a realistic one.

Mackie’s The Falcon and the Winter Soldier will be the first of the Marvel Cinematic Universe series to debut when it premieres on Disney+ in August. At this time, WandaVision — which has been described as part trippy-sitcom, part Marvel epic  — is set to be released in December of this year.