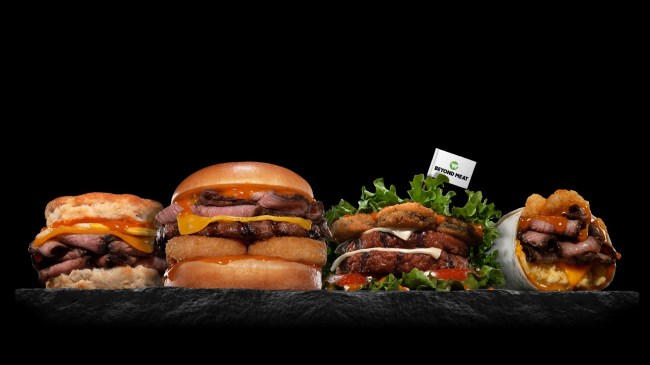 It’s pretty gnarly to think about how carnivorous dinosaurs used to eat. Just roaming around the swampy Pangea supercontinent at the top of the food chain, tearing into all the flesh they could find. They’re astounding creatures, with astounding appetites.

If it walked or swam, they hunted it with teeth like serrated knives.

To celebrate all things Jurassic and hungry, Carl’s Jr. and Hardee’s are teaming up with Universal Pictures and Amblin Entertainment for a “Primal Menu.”

The collab comes just in time for the release of Jurassic World Dominion, in theaters on June 10, 2022.

The menu, now available at Carl’s Jr. and Hardees, features the following – all with slow-cooked prime rib and Amber BBQ Sauce, a sweet and smoky nod to the infamous amber resin from the movie series.

As of 2020, the franchise has grossed $5 billion globally, becoming the first franchise to ever average $1 billion a movie. 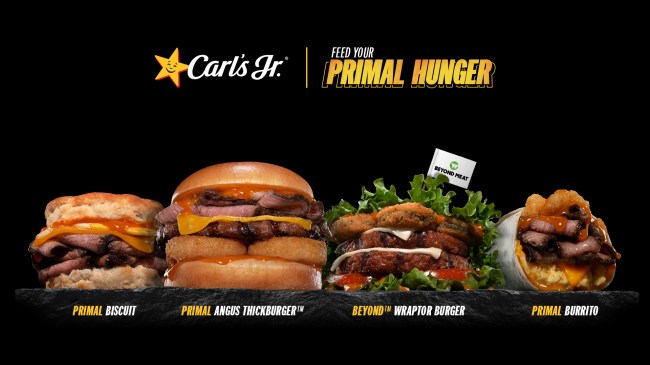