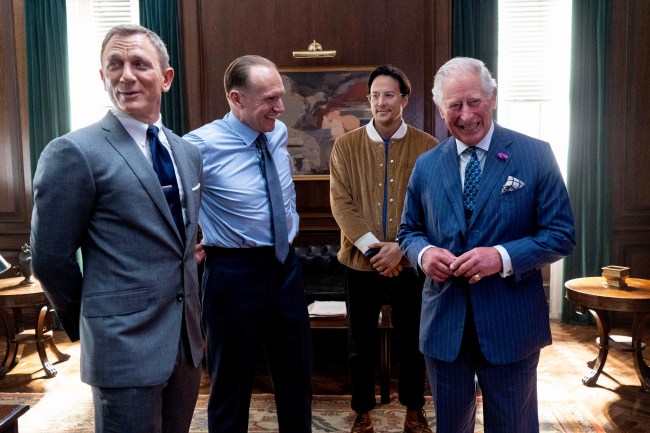 Director Cary Joji Fukunaga is probably best known for Season 1 of HBO’s True Detective. He was the Executive Producer and directed 8 eps with stars Matthew McConaughey and Woody Harrelson.

Cary Fukunaga has now been tasked with directing the next James Bond film which has a working title of Bond 25. There’s a 99.999% chance that this is Daniel Craig’s last film playing the role of James Bond because there have been rumors that he fought his involvement tooth and nail before they lured him back in for another round.

Bond 25 is slated to hit theaters next year on April 8th, 2020 if everything goes as planned by The Sun tabloid out of the UK recently published a report saying there’s an all-out ‘mutiny’ on set and that filming/production was held up because Director Cary Fukunaga was playing video games on his PlayStation. Here are those rumors from The Sun:

“There is real mutiny right now on the set. It’s bad enough that Cary was so late for filming and held everyone up, but then for the crew to be asked to work extra hours to cover it was just the final straw,” an alleged source close to production told The Sun. “They then set up a scene but the director failed to turn up for several hours because he was playing on his PlayStation.”

That doesn’t sound too great, does it? They make it sound like everything’s in disarray and all hell has broken loose.

The Director decided to address these rumors head on (via Instagram) instead of letting the tabloids run wild with them and it sounds like 1) a production set is one of the most well-run workplaces on the planet and 2) he’s not getting enough gaming time in as he’d like:

Our Production Designer/Artful master of living for the day, Mark Tildesley— commented to me once that being a director must feel like dying of a thousand cuts, because of the constant stream of questions one must field. There’s not a minute on this job that isn’t scheduled, and even during a shoot day, in the hours before call, between takes and setups, and after we wrap there’s always a line of dedicated and hard working department heads hungry to prep our next sequences, no one sleeps on this kind of job. So sure it’s hard, but it’s still the best job in the world and I’d never disrespect the hardest working cast and crew. We’re all in this together. 🍀 As for my PS4 relationship, if my RDR2 progress is any indication, it’s been stunted at 63% for months and if anyone spoils the end for me before I wrap on B25 I’m going to be pissed.

The man just wants to play some Red Dead Redemption 2 when he’s done filming Bond 25, is that so wrong?

For anyone who has never been on a film set before it’s easy to assume that these people show up when it’s time to say ‘ACTION!’ and leave the second the camera stops but that’s absolutely not the case. They’re working 18+ hour days, every day, for weeks or months on end. The travel is grueling but there’s a large team in place that’s extremely well-organized to keep things moving along and It seems like the director is throwing some shade here at anyone foolish enough to believe these ‘mutiny’ rumors.

As for the real drama that’s been taking place on the Bond 25 set, there’s been plenty. Daniel Craig was reportedly injured while filming in Jamaica, a crew member got hurt after an explosion, and Cary wasn’t the original choice of director and was only chosen after Danny Boyle was out. With all that drama I’d say this man deserves a few hours of PlayStation time if that’s what he needs for R&R.