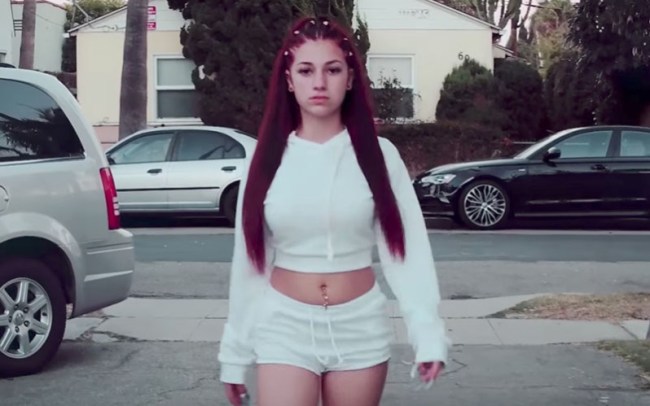 Welcome to bizarro world. In what is yet another example that nothing makes sense; the Cash Me Outside girl landed a major record label deal with Atlantic Records that is said to be “worth millions.” That’s right, Bhad Bhabie is now signed to the same label as Bruno Mars, Coldplay, Ed Sheeran, The War on Drugs, Weezer, and Wiz Khalifa. The same label that helped make the illustrious careers of such legends as AC/DC, Aretha Frankin, Jay-Z, Led Zeppelin, Otis Redding, Ray Charles, and The Rolling Stones. Let that sink in.

You may ask, “Well, the 14-year-old internet personality must have a lengthy discography of proven hits to warrant such a deal with such a prestigious record label? Let’s see here… She has one song. ONE. And it is titled “These Heaux.” Who knew the Cash Me Ousside girl spoke French. The single debuted last month and it has nearly 22 million views because everything is awful. Those mind-numbing numbers made Danielle Bregoli the youngest female rapper to chart on the Hot 100 at #77.

Fuck spending hundreds and thousands of hours working on your lyrics, honing your skills with a musical instrument or training with a voice coach. Just spend some time doing wackadoodle shit like pronouncing words incorrectly to get internet famous. Then make sure your social media numbers are on point. You’ll get far in life in no time simply from being an internet meme personified.

Suddenly Rebecca Black getting famous for like three weeks doesn’t seem so preposterous.