Science Proves What Everyone Already Knew: Cats Are Disloyal Scuzzballs 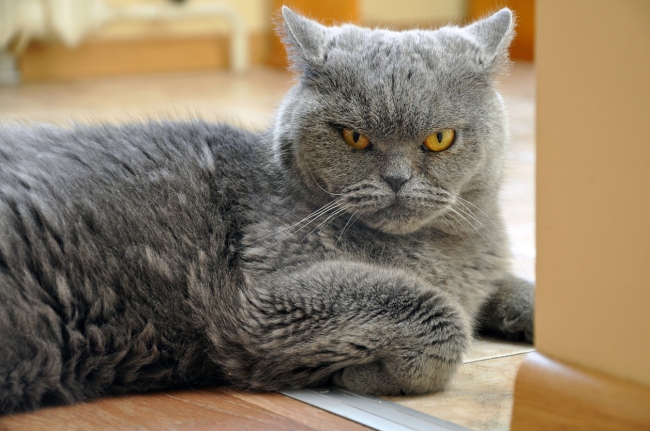 Everyone knows that dogs are the greatest pets on the entire planet. They’re loyal, lovable, playful, and cuddly. Then there are cats, who are selfish, pococurante, and borderline devilish. Never-the-less, there are cat people who swear that felines are the best pets. Science is here to say otherwise.

According to a new study published in the February issue of the journal Animal Behavior and Cognition, cats are disloyal scuzzballs.

For the study, researchers from Kyoto University in Japan tested the loyalty of 36 cats, including feral cats and domestic felines.

“The researchers set up two groups: the ‘helpers’ and the ‘non-helpers,'” according to Live Science. “The cats watched as their owners tried in vain to open a container and take out an object. In the helper group, a second person, an actor, helped the owner open the container — in other words, they acted as a friend to the owner. In the non-helper group, the actor refused to help and turned away — making them a foe. To act as a point of comparison, a third person just sat there throughout both conditions, neither helping nor refusing to help.”

This means that the cats were not any less likely to accept food from the enemies of their owners as to an ally. Because cats DGAF.

The authors suggested that the cats were not disloyal, but instead had a lack of “social evaluation.”

“It is conceivable that the cats in this study did not understand the meaning or goal of the owners’ behavior,” the authors stated. “But even if they did understand the owner’s goal or intention, they might have failed to detect the negative intention of the non-helpful actor.”

Stop making excuses for the toxic behavior of cats.

“We consider that cats might not possess the same social evaluation abilities as dogs, at least in this situation, because unlike the latter, they have not been selected to cooperate with humans,” the study read.

This isn’t the first time that science has pointed out that your kitty Felix hates your guts. A 2014 report from Vox stated, “Experiments have found that dogs demonstrate an attachment with their owner — compared to a stranger, the dogs become more disturbed when their owners leave, and interact with them more when they return.”

“Many cats, for instance, will rub up against the leg of their owner (or another human) when the person enters a room. It’s easy to construe this as a sign of affection,” Vox reports. “But many researchers interpret this as an attempt, by the cat, to spread his or her scent — as a way to mark territory. Observations of semi-feral cats show that they commonly rub up against trees or other objects in the exact same way, which allows them to deposit pheromone-containing secretions that naturally come out of their skin.”

Let’s be honest with each other, cats are selfish milksops.