The Benefits And Effects Of CBD On Your Stomach 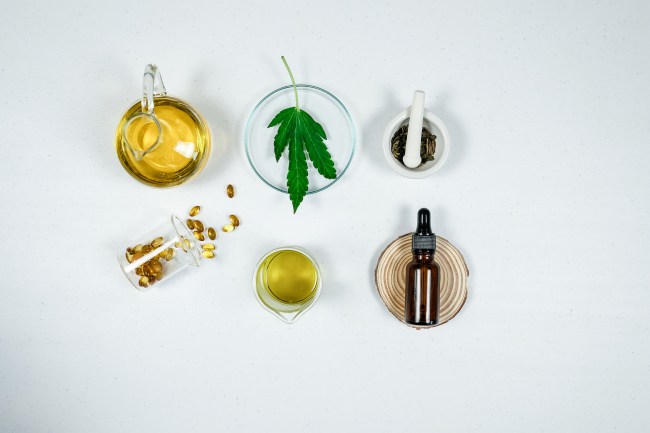 What do they have in common?

They all come for an upset stomach, and they ALL suck!

For some, these and other less favorable symptoms, are the result of poor meal choices, too much to drink the night before, and our stomachs changing with age (whether you care to admit it or not), for others these are just of few of the often debilitating symptoms they live with daily as part of a chronic condition.

These symptoms are typically treated with a range of remedies spanning from ginger ale and saltines on the couch, or a handful of Tums, to prescription medication, and in some cases even hospitalization.
Which turns the conversation over to CBD.

If you’ve been following us, or any mainstream media really, you know that Cannabidiol, is known for its anti inflammatory properties as well as its effects on the brain, nerves and immune system, so it’s easy to wonder what relationship CBD might have with the stomach. From treating everyday upsets to helping support symptoms of more serious conditions like GI issues, Celiacs disease, or Irritable Bowel Syndrome (IBS) we’re diving in today to put CBD to the test, or rather shine the spotlight on those who already have.

CBD and Appetite
Ok if movies like Friday and Half Baked have taught us anything, it’s that cannabis gives us the munchies! However, that’s not quite accurate, the truth is it’s actually THC, one of over 100 components called cannabinoids found in the cannabis plant, that leads to an increase in appetite while CBD has been shown to reduce appetite. According to a study done in 2015 CBD interacts with a receptor in your body known as CB2 and helps to produce more of what’s known as the “Bliss Molecule” as well as have a calming effect. One might even argue that curbing impulse cravings or helping alleviate stress eating might just help avoid these uncomfortable symptoms all together.

CBD and an “upset stomach”
According to Medical news today, the most commonly reported “Upset Stomach” or indigestion symptoms include heartburn, or acid reflux, nausea, bloating, & gas which can all be uncomfortable and embarrassing, but usually not enough to justify calling in sick, or ditching out on social responsibilities.
These symptoms are usually caused by swelling, or inflammation of the stomach lining and intestines is what characterizes an upset stomach.

Studies of mice with intestinal inflammation have found that they display abnormal levels of endocannabinoid turnover. As a result, their endocannabinoid system (ECS) cannot regulate inflammation as effectively as it might in an otherwise healthy individual. However, when given CBD oil, the cannabinoid boost inhibited intestinal motility in the mice, relieving their inflamed gut and associated pain. This study also noted high levels of anandamide, or the bliss molecule, in the mice.
CBD and Chronic Stomach Conditions

To dive into why CBD might help alleviate symptoms of chronic conditions, we must also understand the core of these conditions and their causes.

Chron’s Disease
“Crohn’s disease is an inflammatory bowel disease (IBD), which is characterized by inflammation and can affect any part of the gastrointestinal (GI) tract, but most commonly the small intestine,” – Dr. Timna Naftali, specialist in gastroenterology at Meir Hospital and Kupat Holim Clinic in Tel Aviv, Israel & researcher.

According to the Crohn’s & Colitis Foundation, Crohn’s disease may affect as many as 780,000 Americans.

IBS
The Mayo Clinic defines IBS as Irritable bowel syndrome (IBS) is a common disorder that affects the large intestine. Signs and symptoms include cramping, abdominal pain, bloating, gas, and diarrhea or constipation, or both. IBS is a chronic condition will need to be managed long term. According to the American College of Gastroenterology, it is estimated that 10 to15 percent of the adult population suffers from IBS symptoms.

People with Chron’s and IBS, are often prescribed medication to help control inflammation, as well as antibiotics. CBD oil has been shown to reduce inflammation in the digestive tract, improve the gut’s immune response, and relieve the anxiety and stress associated with gastrointestinal disorders.
CBD may also improve immune responses including handling allergens and toxins by modulating immunological endpoints.

And finally CBD may help to alleviate the pain and discomfort associated with these chronic conditions.

Want to learn more about all things CBD ?Head over to CBDEE.COM now, the world’s largest and most trusted CBD Marketplace for cannabidiol based products, there you’ll find education, physician q & a’s, insider news, and exclusive discounts on the best brands in the industry!

FDA Disclosure:
Consult with a physician before use if you have a serious medical condition or use prescription medications. A Doctor’s advice should be sought before using this and any supplemental dietary product. All trademarks and copyrights are property of their respective owners and are not affiliated with nor do they endorse these products. These statements have not been evaluated by the FDA. These products are not intended to diagnose, treat, cure or prevent any disease. By using this site, you agree to follow the Privacy Policy and Terms and Conditions printed on this site. Void Where Prohibited By Law.