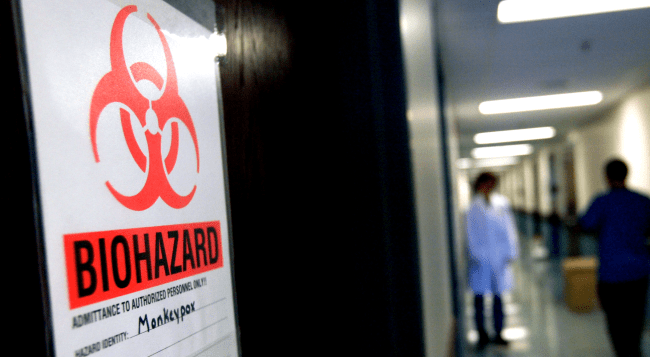 On Tuesday, the Centers for Disease Control and Prevention (CDC) and the Maryland Department of Health confirmed that a second case of monkeypox has been discovered this year in the United States.

In a press release by the Maryland Department of Health, it was revealed that a Maryland resident who recently returned from Nigeria is the second person this year in the U.S. to be diagnosed with monkeypox virus infection.

“Public health authorities have identified and continue to follow up with those who may have been in contact with the diagnosed individual,“ said MDH Deputy Secretary for Public Health Dr. Jinlene Chan. “Our response in close coordination with CDC officials demonstrates the importance of maintaining a strong public health infrastructure.”

The individual was reported to have presented with mild symptoms, is currently recovering in isolation and is not hospitalized.

On Wednesday, the CDC issued its own press release regarding the case of monkeypox found in Maryland.

CDC is working with international health counterparts, the airline, and state and local health officials in the Washington, DC area to contact airline passengers and others who may have been in contact with the patient.

Travelers on the flight to the United States were required to wear masks on the plane as well as in the U.S. airports due to the ongoing COVID-19 pandemic. Therefore, it’s believed the risk of spread of Monkeypox virus via respiratory droplets to others on the planes is low. Working with airline and state and local health partners, CDC is assessing potential risks to those who may have had close contact with the traveler on the plane and after their arrival in the United States.

CDC asks healthcare providers in the U.S. to be vigilant to poxvirus-like lesions, particularly among travelers returning from Nigeria. Because of the health risks associated with a single case of monkeypox, clinicians should report suspected cases immediately to state or local public health authorities regardless of whether they are also exploring other potential diagnoses.

Maryland health authorities have stated that “no special precautions are recommended at this time for the general public.”

Maryland officially has a case of monkeypox after a resident recently returned from a trip abroad. Officials say the individual is doing OK https://t.co/n2Kd8TtSYl

Monkeypox was first identified in 1958 in laboratory monkeys and is in the same family of viruses as smallpox.

The CDC says the symptoms of monkeypox are similar to but milder than the symptoms of smallpox, beginning with fever, headache, muscle aches, and exhaustion. It also causes the swelling of lymph nodes and within one to three days (sometimes longer) following the appearance of fever, the patient develops a rash, often beginning on the face then spreading to other parts of the body.

This rash causes lesions which progress from macules to papules to vesicles to pustules and to scabs before finally falling off the patient.

The CDC has stated that individuals infected with this particular strain of monkeypox are fatal in about 1 in 100 people, though it may be higher in those with compromised immune systems.

Reactions on social media to this news, following two exhausting years of having to deal with a pandemic that still hasn’t come to an end, were understandable.

"No special precautions are recommended at this time for the general public."

How many masks should we wear?

There’s going to be a run on toilet paper and bananas, isn’t there?

Then make monkeys wear masks and quarantine for two weeks.

Can you get it by accepting money from a Nigerian prince over the phone?

Answering when the Doc called with the test results like : pic.twitter.com/sOavBq7MAh