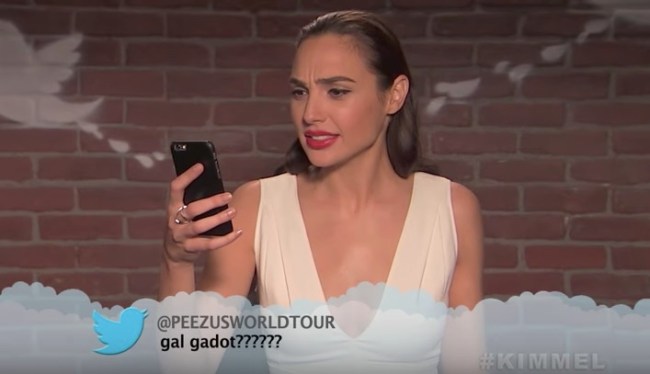 The Internet is a never-ending swamp of butthurt commenters, and those commenters often love to direct their weak ass scorn at celebrities…celebrities or politicians, but they’re pretty much the same thing these days. Jimmy Kimmel waits until there are large groups of celebrities together in one room, typically at an awards show like the Emmy’s which just took place. Then he gets those celebs to read the foulest tweets he can find about them.

This time around, Jimmy Kimmel kicks it off with two of my favorite leading ladies in Hollywood, Gal Gadot and Emma Watson. If there was a feature-length film of those two women just sitting at a table playing Bridge I’d still watch the shit out of it.