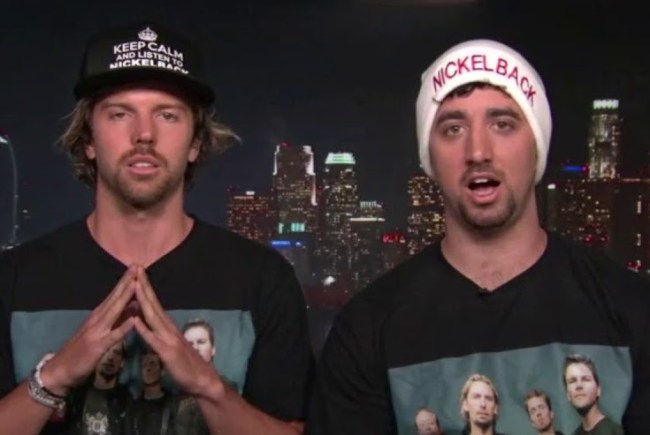 People who are actually named Karen obviously aren’t super thrilled that the five-letter word their parents decided would be the one that identifies them for the rest of their life has become the de facto label for any woman who is filmed embodying the worst traits humanity has to offer.

Now, I don’t know if there are any other first names not associated with dictators that have become synonymous with “truly shitty person” but Karen is just the latest in a long line of monikers to become linked to a certain set of qualities. Need proof? Check the name of the website you’re reading. The modern definition of “bro” is fairly different than the one it had when this place got up and running in 2008—a time when guys named Chad could use their actual name without people assuming they’re a huge douche.

At some point, both Chad and “bro” got inextricably linked, and if you were linked to either one of them, there was only so much you could do to dispel the preconceptions you had to deal with. However, there were two dudes who weren’t having any of that who set out to reclaim the name Chad and make society reconsider everything it thought it knew about bros.

The two heroes in question were Tom Allen & JT Parr, a duo you likely know better as “Chad Goes Deep.” They knew real change starts at the local level, so they regularly engaged with their representatives at Los Angeles City Council meetings, where they raised awareness for a variety of important causes, like honoring Paul Walker’s legacy by building a 12-foot statue of the actor, the dangers of not allowing ragers to be thrown in the Hollywood Hills, and a variety of other improvements to make L.A. more bro-friendly.

They do whatever it takes to make the world a better place—especially for bros—and most recently garnered a ton of attention after they attempted to give masks out to people in Huntington Beach and got some decidedly unchill reception.

When you consider all they’ve given to us over the years, it’s about time they get something in return, and according to Deadline, Hulu has been kind enough to gift them their own series. However, it’s not just any show—it’s an animated one featuring the most on-brand premise imaginable:

The show follows two perpetually stoked surfer bros born ahead of their time try to navigate teenage life in Ancient Greece while showing their Greek God dads that there is more than one way to be a legend.