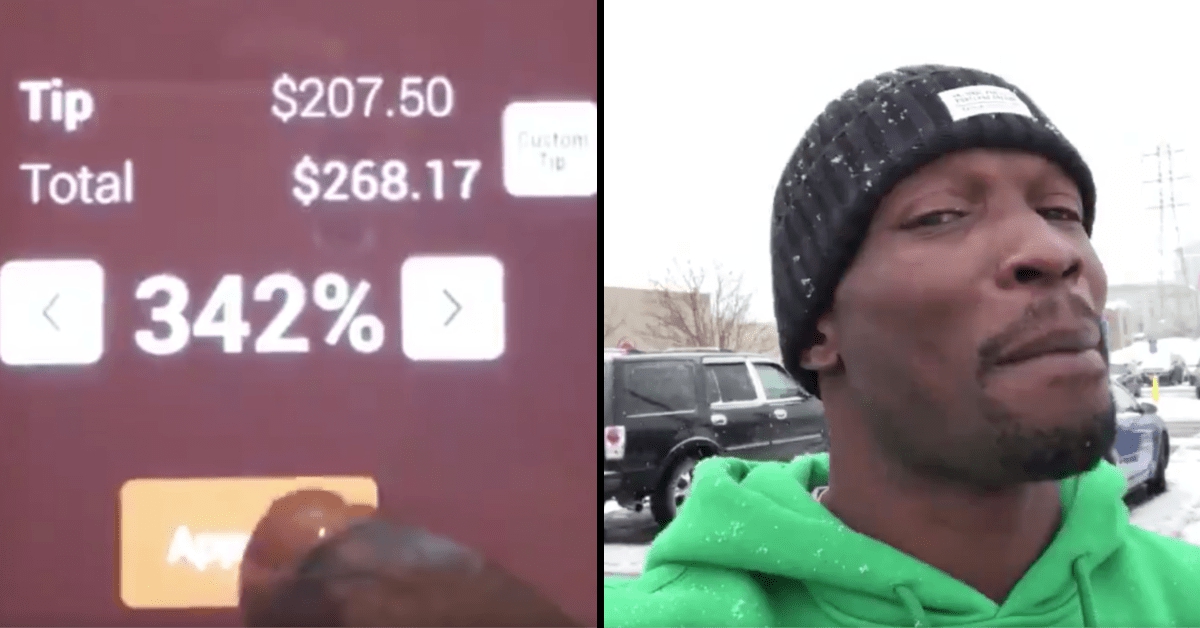 Six-time Pro Bowler Chad Johnson was enjoying a fine-dining meal at Applebees on a wild Friday night when he became perplexed by the tablet he used to pay at his table. He was so entertained that he wanted to see how high the tip percentage could go… he would soon there is no limit and he tapped the “+” button until his finger cramped at 342%.

He documented his post-meal fun with the help of his waitress, who (as you’d expect) was happily shocked when he submitted his payment with a 342% tip:

Have y’all seen this gadget at Apple Bees, i got carried away but it’s a cool contraption 🤷🏿‍♂️ pic.twitter.com/eU6GtZu9sP

First, I love when athletes, celebrities, and any other rich person does this – leaving an insanely huge tip is a baller move. I mean, nothing makes a person’s day more than expecting a $20 and finding a $100 and more.

Second, I love how hyped Chad Johnson was about paying his own tab with a tablet at his table. And he called it out in his video like it was the first restaurant on earth to use this system and he was the inaugural customer. Then again, I can’t blame him because I’m a huge fan of the pay-at-table process as well – don’t waste my time by taking my card somewhere just to swipe it and print a little piece of paper for me to solve a math equation and sign my name.

h/t For The Win