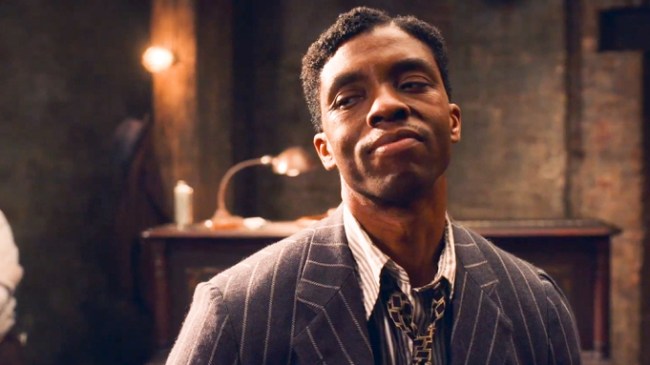 After an awards season that saw Chadwick Boseman become the front runner to win Best Actor at the Academy Awards, movie fans were left stunned as 83-year-old Anthony Hopkins, who was not in attendance at the ceremony, instead took home his second Oscar for his work in The Father.

Heading into the night, Boseman — who already took home the Golden Globe Award and SAG Award for Best Actor — was the odds-on favorite to take home the prize for Best Actor, as his betting odds closed at around -1500. According to The Action Network, those odds gave him a 94.3% chance of winning. Hopkins win wasn’t the only upset in the acting categories, though, as Frances McDormand (+400) took home her third Academy Award for Best Actress, beating out betting-favorite Carey Mulligan (+125).

Needless to say, movie fans were less than thrilled with the Academy’s decision to recognize Hopkins instead of Boseman and immediately took to Twitter to voice their disbelief.

The Academy trying to figure out why no one likes them#Oscars pic.twitter.com/rWnFrbRwMi

Wait they didn't save The Best Actor award in the end for a Chadwick Boseman tribute ?? pic.twitter.com/tzLrqCGOBV

chadwick boseman DESERVED the best actor award. his performance as levee in ma rainey’s is the epitome of what an actor should be im so upset wtf

ok so basically the oscars profited off of chadwick boseman’s death?? for views, clout, and money?? fuck this

the academy…WATCH OUT. chadwick boseman AND viola davis getting robbed? yea no. #Oscars pic.twitter.com/3bOz5dwweQ

Speechless, nothing to say except I’m so damn glad this award season is over

Chadwick Boseman didn’t win the award for the best actor in a leading role even though he gave one of the best performances last year… #Oscars pic.twitter.com/SlKCxJAMaj

Yeah the “let’s put Best Actor last so, obviously, we can celebrate the life of Chadwick Boseman” really backfired

Me when Chadwick Boseman didn't win for Best Actor#Oscars
pic.twitter.com/EjFYg1wqA1

His Academy Award-nominated performance in Ma Rainey’s Black Bottom is available to stream on Netflix. Rest in Peace, Chadwick.