Daredevil Rumored To Be Joining The Marvel Cinematic Universe 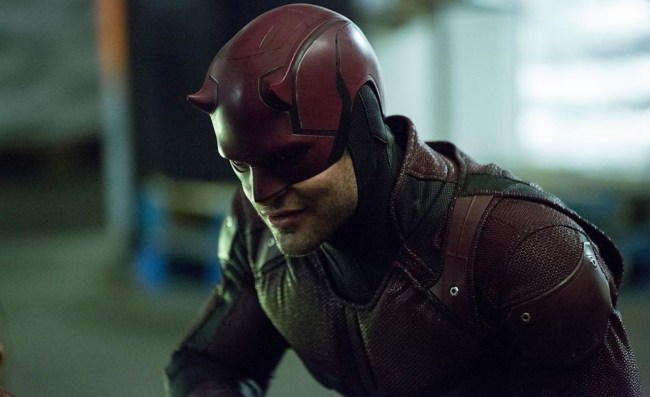 In general, Marvel’s shows on Netflix were not very good. Put simply, they were more Agents of Shield than they were Iron Man.

But while Jessica Jones, Luke Cage, Iron Fist, and The Defenders left a lot to be desired, Daredevil (and The Punisher) was actually quite the opposite, as the show was an absolute banger from its first episode all the way to its last.

Unfortunately for fans of the series, Marvel’s Netflix venture was ultimately scrapped in favor of their various upcoming Disney+ series, which resulted in all six of the Netflix/Marvel shows being canceled, including the legitimately excellent Daredevil.

However, while Daredevil the show may be over, that doesn’t necessarily mean it’s the end of Charlie Cox’s portrayal of The Man Without Fear, as a recent rumor from industry inside Daniel Richtman suggests that Marvel Studios head Kevin Feige “loves” Cox and wants to introduce his Daredevil into the Marvel Cinematic Universe.

From what I'm hearing yes. Doesn't mean it's a sure thing tho. I really hope they'll make it work and bring him back 🤞 https://t.co/4mnTMq4xUt

In addition to Richtman, We Got This Covered also reported on the rumor, claiming to have heard something similar from their own industry sources:

A few weeks ago we told you that Cox was likely to return as Matt Murdock in future MCU movies, which was seemingly confirmed by MCU Cosmic shortly after.

And now, we’ve received another update on the situation, with our sources – the same ones who told us a Nova movie is in active development and that General Ross will return in She-Hulk, both of which have been corroborated by numerous other outlets since – saying that the actor is “as good as confirmed to return” as Daredevil. [via We Got This Covered]

Given the nature of their contractual obligations with Netflix, Marvel Studios won’t be able to use these characters for another two years.

However, with Phase 4 already mapped out and the introduction of the X-Men and the Fantastic Four imminent, Marvel Studios has plenty of time to figure out a way to properly introduce Daredevil into the MCU should they so choose.