Charlize Theron Wants To Do A ‘John Wick-Atomic Blonde’ Flick, Is Down To Wrestle In WWE 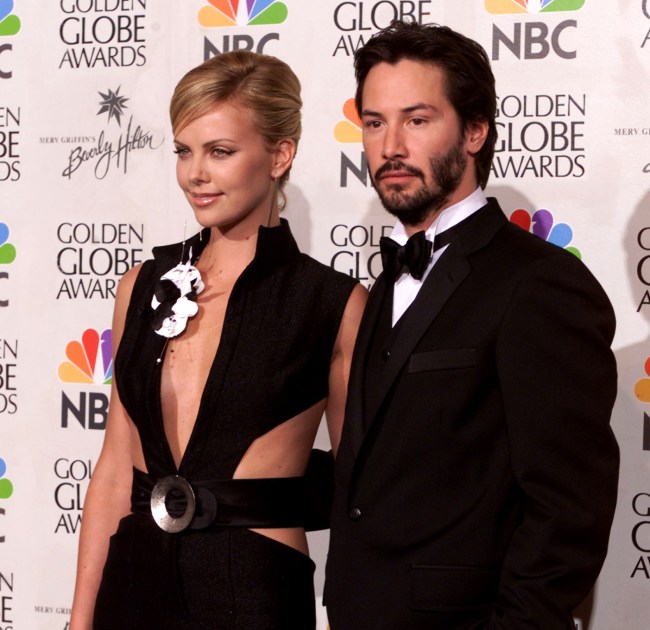 Way back in the dark ages of film, Charlize Theron, 44, and Keanu Reeves, 55, made quite the snazzy couple when they appeared in two films together: The Devil’s Advocate in 1997 and Sweet November in 2001.

Since then both have gone on to become very successful action movie stars with Reeves blowing away bad guys in the John Wick films and Theron doing damage in films like Æon Flux, Mad Max: Fury Road, and Atomic Blonde.

In fact, the director of Atomic Blonde, David Leitch, was also the director of the first John Wick movie, Deadpool 2, and Fast & Furious Presents: Hobbs & Shaw, so he definitely knows action.

So the idea of putting Theron’s character in Atomic Blonde, Lorraine Broughton, and John Wick together in the same film would be a very cool idea considering how much the movies have in common.

Throw in the fact that Theron recently told The Hollywood Reporter that she would love to work with Reeves again and could it actually happen?

“Listen, as soon as I get the call, I’ll be there. They just have to tell me where, when and I’ll show up,” said Theron. “Keanu is one of my most favorite people in the whole wide world; I absolutely love him. I respect him, I admire him and I am so grateful that I got to make two movies with him. We both kind of find ourselves in this new stage of our career, and so much of Atomic Blonde was influenced by John Wick. So, if we can get those two characters to meet up in a timeline that makes sense, I’m all about it.”

Yeah… that probably won’t happen since the two film franchises are made by different production companies. But still, it’s nice to dream, right?

And they are both franchises now, as Theron recently confirmed Atomic Blonde 2 is in the works at Netflix.

“We took [Atomic Blonde 2] to them and Scott Stuber [Head of Original Films at Netflix] was really interested in it,” Theron told Total Film. “We talked to him about it extensively, and we’re in the process of writing it right now. That character was set up in a way where she didn’t really reveal much of herself. So I feel like there’s a lot of potential there. The bar’s pretty high, but we’re excited about it.”

Netflix might not be the only place we could see Theron in the future, in addition to her current action movie on there, The Old Guard. She also recently told WWE Champion Kofi Kingston that she would be totally down for stepping into the ring sometime.

“I have zero martial arts background,” Theron told Kingston. “I do have a background in ballet, I was a ballerina for the first part of my life, that was my first career. Strangely, I was a physical storyteller before I was a verbal one.

When Kingston said he’d love to see Theron in the ring with WWE superstars like Becky Lynch, Sasha Banks or Charlotte Flair, she replied, “Wow. Is this an invite? YES! When and where?! I know we’re in a crisis situation right now, so it’s not anytime soon, but that sounds awesome. And I will get my ass kicked, and that will be really entertaining for everybody to watch because I am a mere actor, but that would be so much fun.”

That it would, Charlize. That it most certainly would.