Could A Single Cheeto Puff Destroy The International Space Station? The Internet Debates 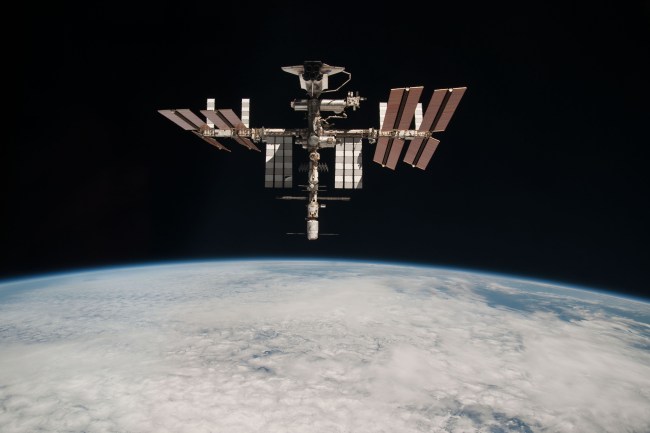 In these extraordinary times, there is no shortage of pertinent questions to ponder. So what pressing inquiry is the internet asking? Could a single Cheeto puff destroy the International Space Station? Shockingly, this was not a question asked by a stoner.

There is a debate raging on Reddit on whether or not a single Cheeto would damage the ISS if there was a head-on collision. This is the question from the r/Space Reddit that started all of the melodrama: “Would an orbiting Cheetoh Puff destroy the International Space Station if the two of them directly collided? My 7yo daughter asked me, and I had no clue. I said probably.” For a science question by a 7-year-old, this is quite a sophisticated inquiry.

The seemingly innocuous query opened Pandora’s box and ignited a spirited debate on who would win: A Cheeto or the International Space Station? Amateur astrophysicists battled each other with their baseless hypotheses. But there were some participants in the heated debate who identified as aerospace engineers and one scientists, whether they actually hail from a house of learned scientists is another debate all to itself.

NASA says that the International Space Station travels at 15,500 MPH. So with the ISS zooming at such intense velocity, would a crispy, cheesy Cheeto do any damage in a collision?

“Even at impact velocities of 15km/s, I would expect the cheeto puff would simply be vaporized on contact with the ISS,” the Redditor said. “Depending where it hit, it may leave a dent, though more than likely it would just leave a bit of an orange stain (if that).”

Letter_13 did caution that a “thinner and far-crunchier variety” of Cheeto “could definitely do damage.”

Redditor VolvoRacerNumber5 warned that a Cheeto in orbit could be catastrophic.

“I get 150 kilo Joules impact energy at 10km/s impact velocity assuming the cheeto weights 3 grams,” the Redditor claimed. “I believe that would be equivalent to 30 grams of TNT, or 1/6 of a stick of dynamite. Not sure the station would get destroyed, but it seems pretty risky to me!”

Redditor Hattix dropped some calculations into the discussion.

Did you get all that?

“Now then, the Cheeto is light and fluffy and porous so the station’s Whipple shields will have an easier job of it than if it were a solid mass, but bear in mind that a paint fleck once pockmarked the Space Shuttle’s window and we’re dealing with the energy of an anti-materiel rifle here,” the math maniac continued. “This sort of energy is the kind of energy we use for attacking armoured vehicles.”‘

“The ISS would absolutely be punctured and the Whipple shielding ruined in that area,” the nerd concluded. “It would not be fatal for the station, but the impacted module would probably have to be sealed off while inspection and repair takes place. Anyone in the module at the time will be at extremely high risk of becoming a footnote in the history of space exploration.”

I would have cheated so hard off this egghead in school.

Redditor danielravennest, who claimed to be “someone who helped design & build the ISS” (What are the odds!?!?), chimed in with their expertise.

“At the typical impact velocities in orbit, objects are moving faster than the speed of sound and carry more kinetic energy than it takes to turn them into plasma,” the Redditor wrote.

“Critical areas of the ISS are protected by ‘Meteor/Debris Shields’ (Whipple Shields),” they continued. “These are sheet metal spaced away from the module hull, air tanks, etc. So [on impact] the object and the part of the shield they hit are both turned to plasma, and sprays out in a cone. So the module hull isn’t damaged unless it were a large object.”

“The solar arrays are the largest part of the Station by area, but they are a thin plastic backing with thin solar cells attached,” the ISS builder surmised. “They have been hit several times. All that happens is you punch a hole and lose one or two cells.”

So there you have it. After all of this, we have no idea if a Cheeto puff could destroy the ISS or not during a collision. Can someone send a bag of Flamin’ Hot Cheeto Puffs into space so we can settle this for once and for all? Inquiring minds want to know.