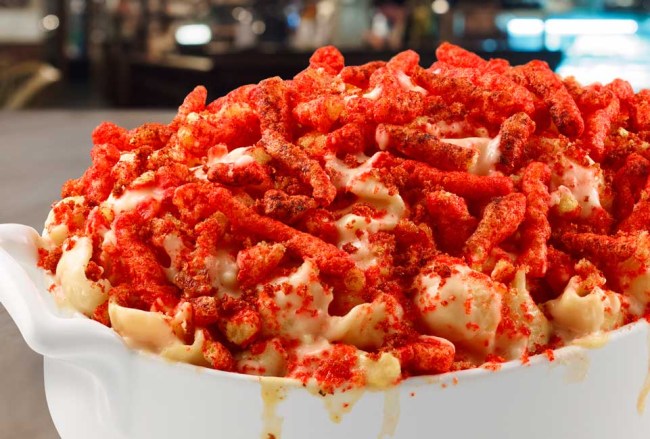 Cheetos are, easily, one of the most heavenly snack foods of all time. Just thinking about that puffy, crunchy cheesiness makes me drool and crave a bag of Flamin’ Hot Cheetos for dinner.

The best thing about Cheetos is that you can incorporate them into almost anything that oozes with cheesy-deliciousness. Pizza? Crunch up a bunch of cheetos for an extra crunch. Fried chicken? Use Cheetos as your breading. Grilled cheese? Stuff Cheetos in-between those two slices of Wonderbread. Burgers on the grill? Have your world rocked by sticking a couple Cheetos above your beef patty before melting cheese all over it. Trust me — it’s a game changer.

Next week, in New York City, Cheetos is making dreams come true. Chef Anne Burrell is opening up “the world’s first Cheetos restaurant, The Spotted Cheetah” in Tribeca. Every dish on the menu includes Cheetos, according to her website:

As all of you (hopefully) know, I have a passion for cheesy, crunchy and downright delicious food. After years of cooking up dishes infused with my cheesy snacks, I was over the moon to discover that Cheetos connoisseurs had started sharing and liking their own. All of the Cheetos sushi rolls, Cheetos bagels and cheesy Cheetos pizzas gave me a brilliant idea: recruit the most dangerously cheesy celebrity chef, Anne Burrell, to help elevate my almost-purrfect Cheetos recipes for the very first Cheetos restaurant, The Spotted Cheetah.

Pull up a chair and grab a napkin — you’re going to need it because it’s about to get dangerously cheesy!

If you’re trying to enjoy an evening of high-culinary Cheetos treats, act quickly — It’s only open August 15 – 17 and by reservation-only on OpenTable. 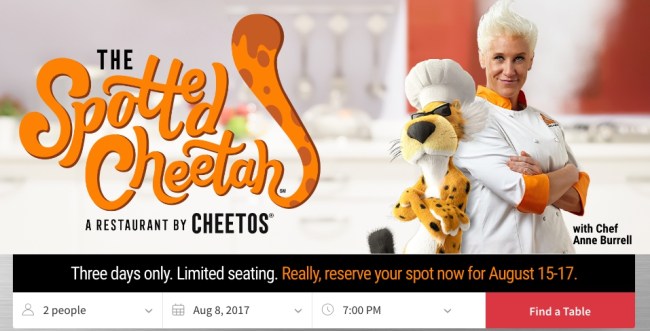 In the meantime, drool over these one-of-a-kind Cheetos dishes. Just look at how delicious the Flamin’ Hot and White Cheddar Mac n’ Cheetos looks…. 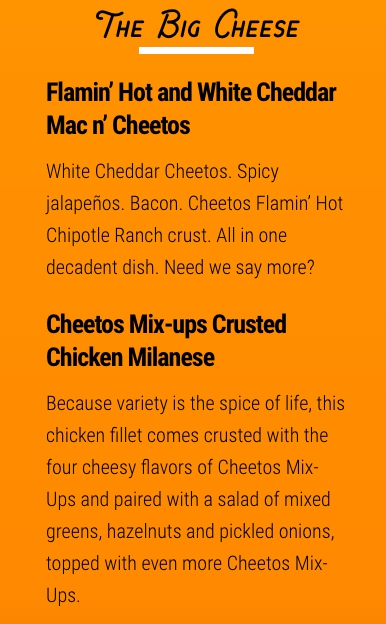 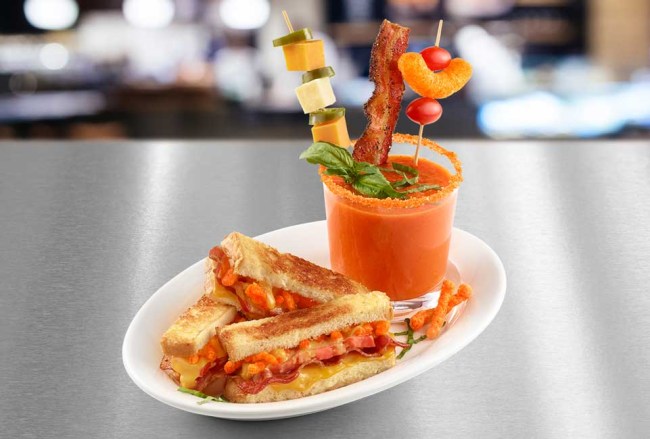 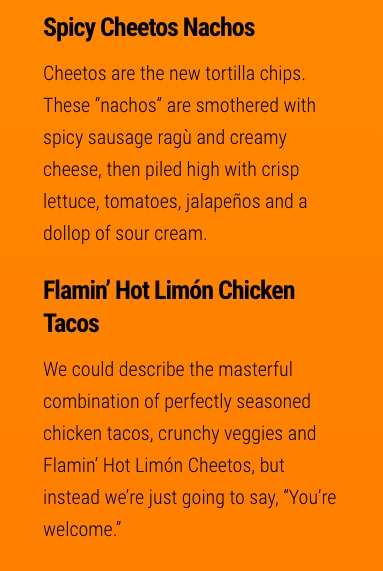 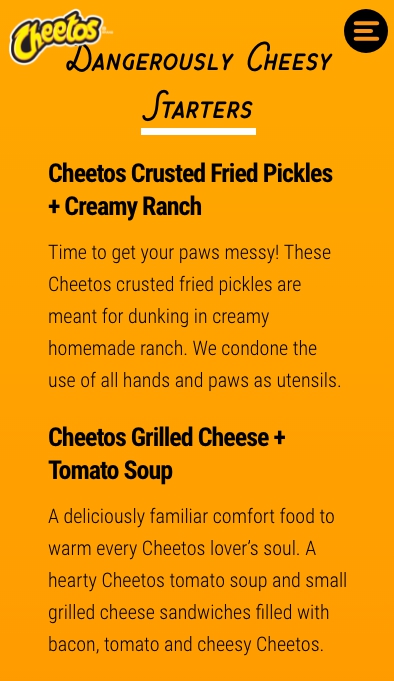 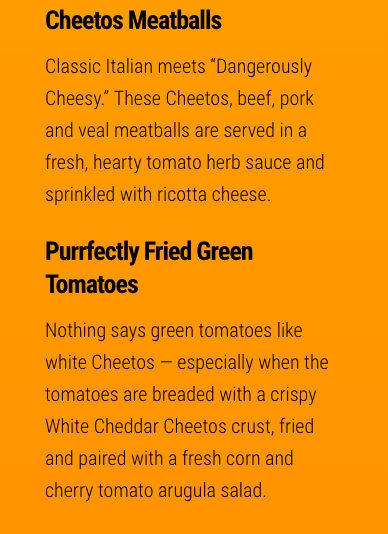 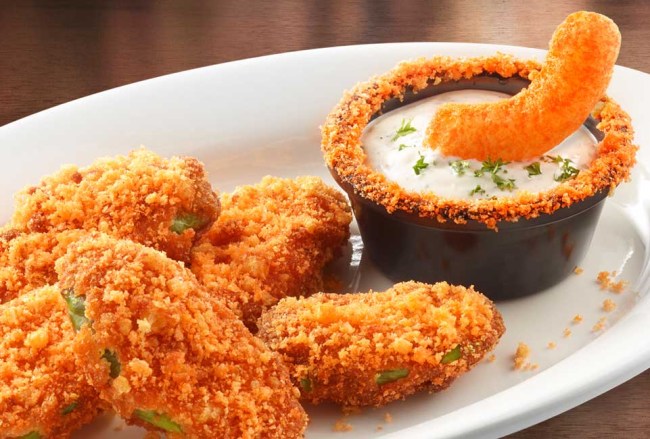 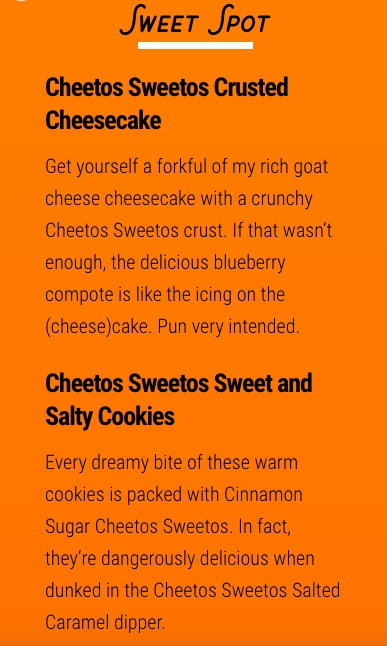 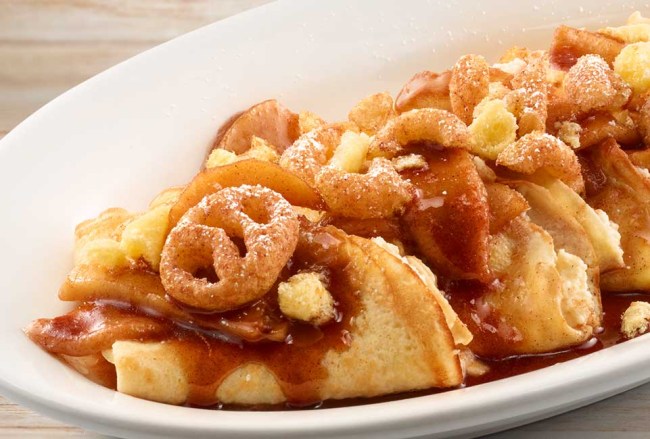