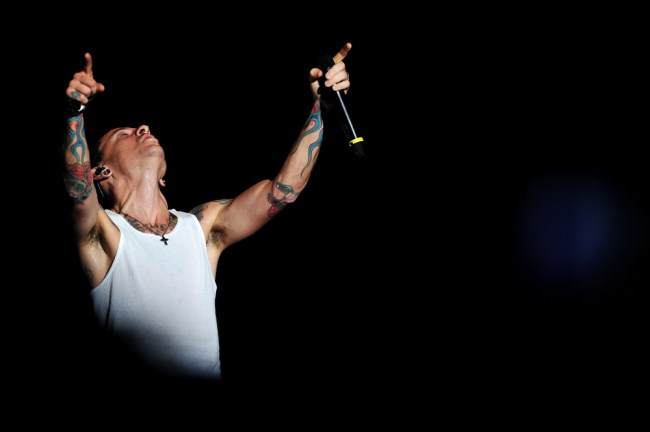 Chester Bennington, who had six children from three different relationships, wrote provisions in his will so that his kids would always stay close to one another even after he was gone. TMZ allegedly obtained Bennington’s will and revealed there was a hope that his children always be one big happy family, and the Linkin Park singer even included money so they could see each other regularly.

“I request that my children’s mothers or guardians encourage and allow my children to visit with one another and with my extended family and the extended family of my Spouse on a regular and ongoing basis, so that my children know that they have a large and loving family,” Bennington’s will allegedly said. The trustee of his estate was provided money to cover all travel expenses so his family could always keep in touch personally and be a close-knit group. The amount of travel expenses provided was not disclosed.

Chester has three children with his widow, Talinda, one child from his first marriage to Samantha Olit, and one kid with his ex-girlfriend Elka Brand. In 2006, Chester adopted Brand’s other son. Talinda is the executor of Chester’s will as well as Jonathan Schwartz, who was Bennington’s former business manager. However, Schwartz was sentenced to six years in prison for charges related to stealing millions of dollars from his clients, which include big names such as Mariah Carey, Alanis Morissette, and Beyonce. He pleaded guilty to charges of wire fraud and filing a false tax return and began serving his jail sentence on July 11.

The Carpool Karaoke episode featuring Bennington and Linkin Park, which was filmed on July 14th, just six days before his death, was released last week after the blessing of Chester’s family and his bandmates was given. The episode also features actor Ken Jeong. “We share this episode, and dedicate it to the memory of Chester,” Linkin Park said of the episode.